The Museum of Westerplatte and the War of 1939 has been operating as a branch of the Museum of the Second World War in Gdańsk since April 2017. Our mission is to create an open-air museum on the site of the former Military Transit Depot, which will allow a better understanding of the history of the seven-day defense of the peninsula in September 1939.

- The most important challenge for the coming years remains the construction of the Museum of Westerplatte and the 1939 War. This task is extremely important and a great responsibility, because with the creation and operation of such an open-air museum, which will be a kind of national memory park, we will be able to tell our guests from all over the world about how on September 1st, 1939, World War II broke out at Westerplatte.  After decades of neglect of the Westerplatte location, we are committed to both restoring and rebuilding the remains of the original buildings as well as returning to the original communication routes belonging to the Military Transit Depot, and increasing awareness of what exactly happened on the peninsula in the first days of World War II. We will create a space focused around three symbols: the authenticity of the battlefield, Polish attitudes during World War II and the beginning of this tragic conflict. - Dr. Karol Nawrocki, director of the Museum of the Second World War in Gdańsk.

The key tasks planned as part of the three-stage investment include the reconstruction of parts of the historical buildings, restored according to plans from before 1939, making the building remains more visible, and carrying out restoration works. In addition, a new building housing a museum space will be built near the Monument to the Defenders of Westerplatte.

Also within the scope of our activities are the protection, maintenance and restoration of the original military complex architecture at Westerplatte. As an institution, we are carrying out our mission to disseminate knowledge about World War II, consistently restoring the memory of the symbolic location that is Westerplatte.

Another important element of our mission is archaeological research carried out by the Archaeological Department of the Museum of the Second World War in Gdańsk on the site of the former Military Transit Depot. Thanks to the work so far undertaken, over 50,000 artefacts have been discovered, and most importantly, 9 remains of the Defenders of Westerplatte, 5 of which have been identified. Our goal is to pay tribute to them and also to provide them with a dignified burial place at the new military cemetery of the Polish Army Soldiers in Westerplatte, where Major Henryk Sucharski will also be buried. 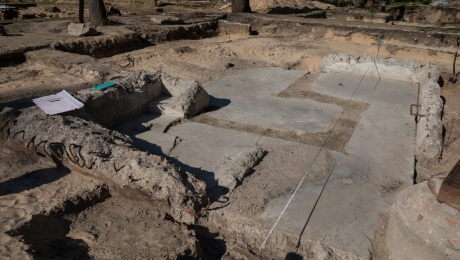 Westerplatte
Relics from Guardhouse No. 5 uncovered!
Archaeologists from the Museum of the Second World War in Gdańsk, during a two-month-long archaeological excavation, have unveiled relics from the… 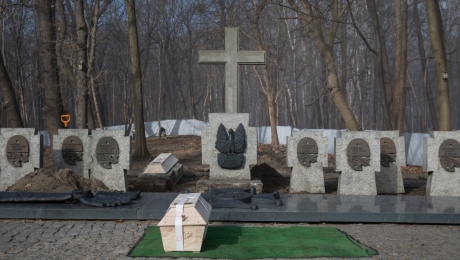 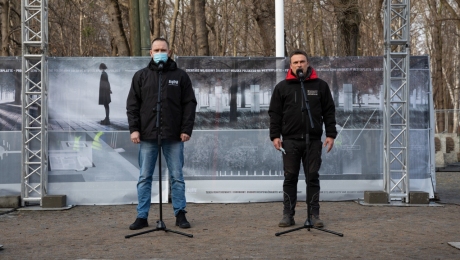