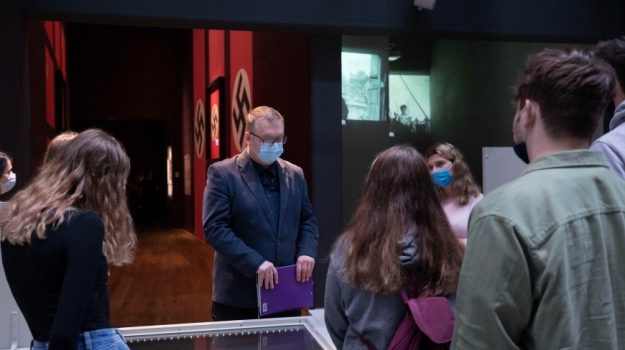 During the walks, among other things, the history of a Polish border sign extracted from the Zbrucz River was presented, which is in the collection of the Museum of the Second World War in Gdańsk. The history of this exhibit was also presented during a walk dedicated to the 4th partition of Poland, in which the question was also asked: how did the Soviet aggressors treat the Polish state and other national symbols on the border of the Republic of Poland? During the walk, you could also see and read the history of a valuable gift by Professor Wiesław Gruszkowski to the Museum of the Second World War in Gdańsk; a Polish flag from Lviv, as well as learn about the fate of the Gruszkowski family who had been hiding it.

In connection with the marking of the 82nd anniversary of the attack by the Soviet Union on Poland on September 17th, 1939, you can also see a panel exhibition prepared as part of the 40th anniversary of the restoration of the cross at the Westerplatte Museum of the Second World War in Gdańsk, titled; '1945-2022. The history of the cross at Westerplatte'. The exhibition runs from September 17th to the end of December this year and can be seen in front of the Cemetery of the Fallen Defenders of Westerplatte at Majora Henryka Sucharski 70 street in Gdańsk. In addition, the exhibition can also be seen at the Basilica of St. Bridget in Gdańsk.

The exhibition is devoted to illustrating the fate of the religious symbols which were originally located at the former Military Transit Depot in Westerplatte. This story reveals the realities of the shaping of the memory of Polish heroes during the communist era, and at the same time shows the struggle of the then national authorities with the Catholic Church.

In addition, on September 17th this year, the acting director of the Museum of the Second World War in Gdańsk, dr hab. Grzegorz Berendt and Waldemar Kowalski, the head of the Film Documentation Department, also took part in ceremonies at the Łostowice Cemetery in Gdańsk, where they laid flowers.

On that same day, a delegation from the Museum of the Second World War in Gdańsk also took part in celebrations in Gdynia "In tribute to the victims of the Katyn and Siberian expulsions", where the head of the Department of International Relations, Katarzyna Łuczak, laid flowers under a commemorative plaque dedicated to Polish Seafarers who were murdered in the East at the Naval Command building as well as at the Golgotha of the East monument at the Defenders of the Coast War Cemetery.

On September 17th this year, the acting director of the Museum of the Second World War in Gdańsk, dr hab. Grzegorz Berendt together with Dariusz Drelich, the Pomeranian District leader, laid wreaths at the monument to Captain Witold Pilecki - a Polish hero from World War II, who was unfairly sentenced to an unjust death by the then national government.

As part of the commemorations on September 17th this year, there was also a free screening of a Soviet propaganda film directed by Oleksandr Dovzhenko titled: 'Liberation - Освобождение', which took place in the cinema hall (level -3). The film shows the Red Army's invasion of eastern Poland in September 1939 not as an aggression, but as a 'liberation' from the power of 'Polish aristocracy'. In its content, it distorts the reality of the commencement of the Soviet occupation of half of the territory of the Second Polish Republic. The screening was preceded by an introduction by Michał Bogdanowicz, an employee of the Scientific and Educational Department of the Museum of the Second World War in Gdańsk. 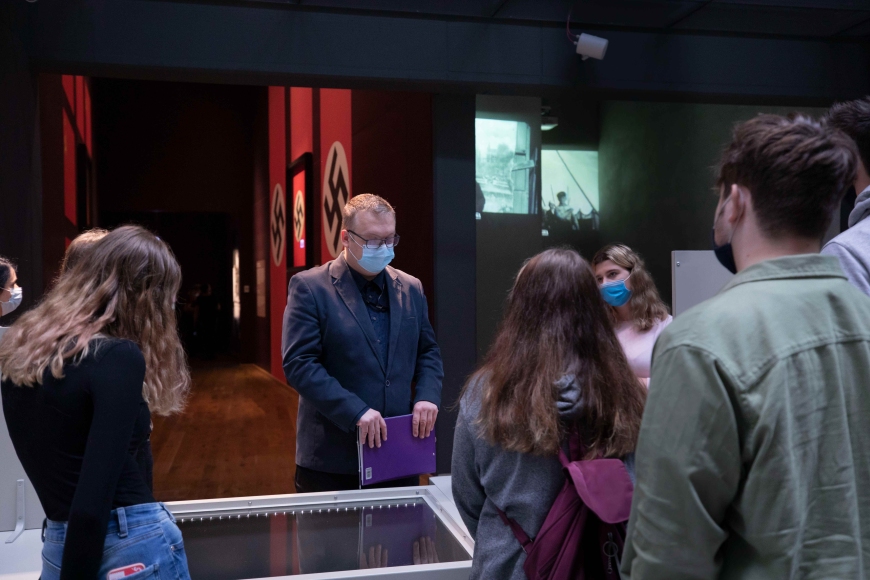 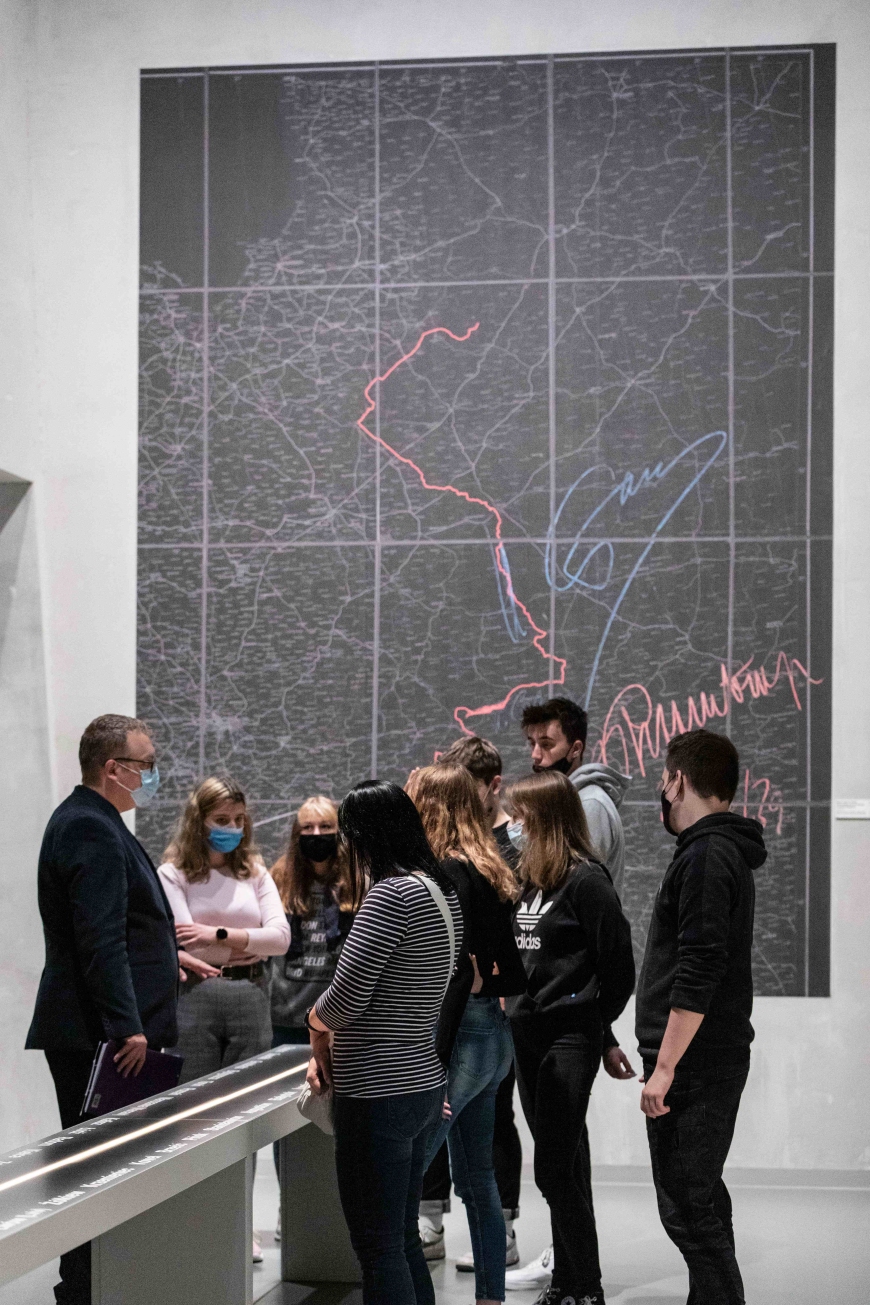 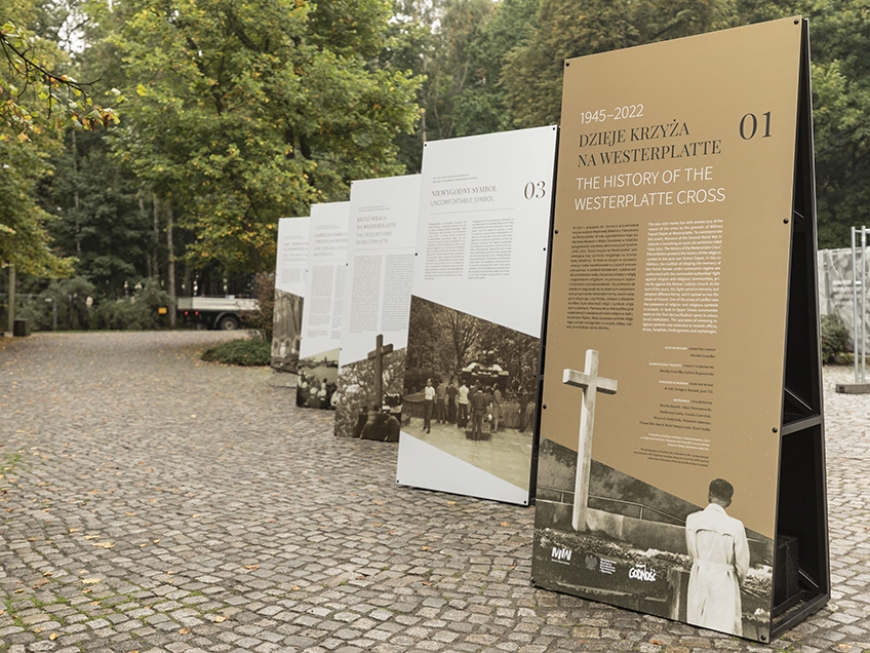 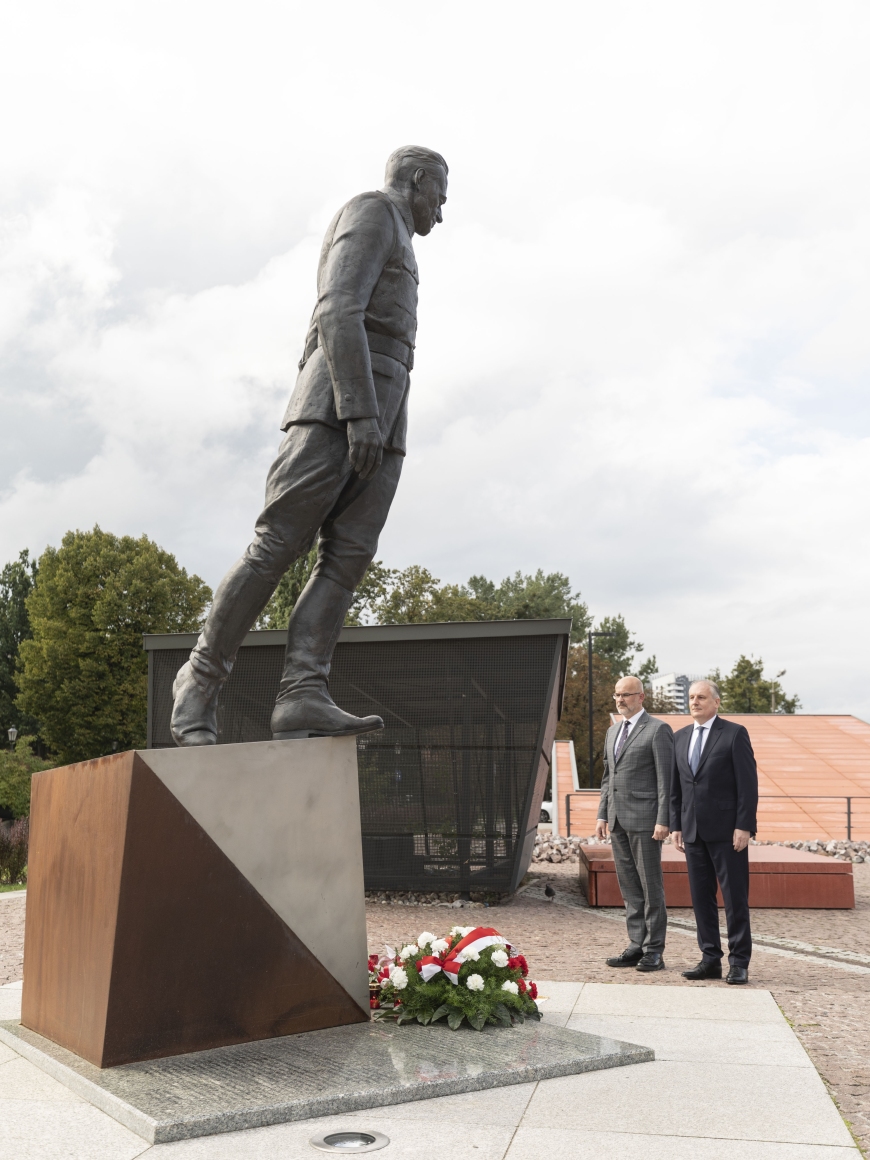 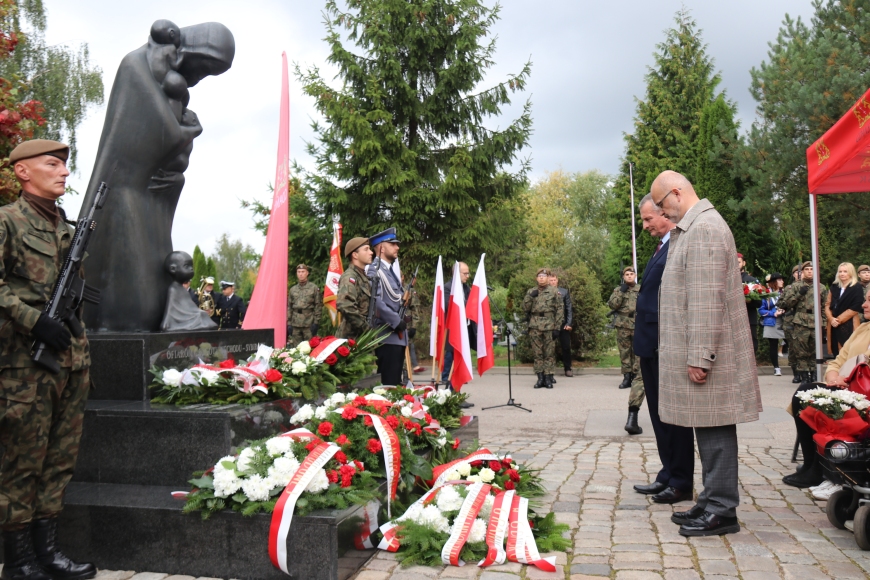 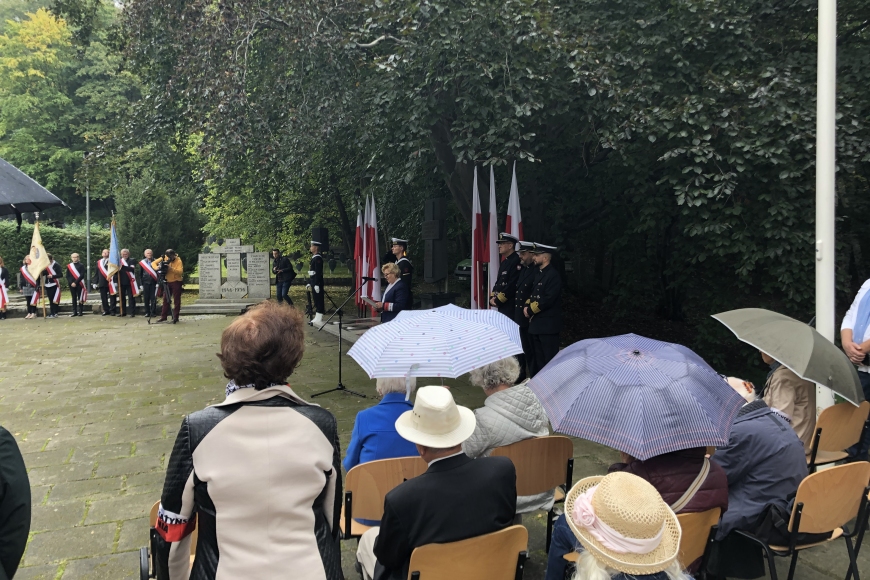 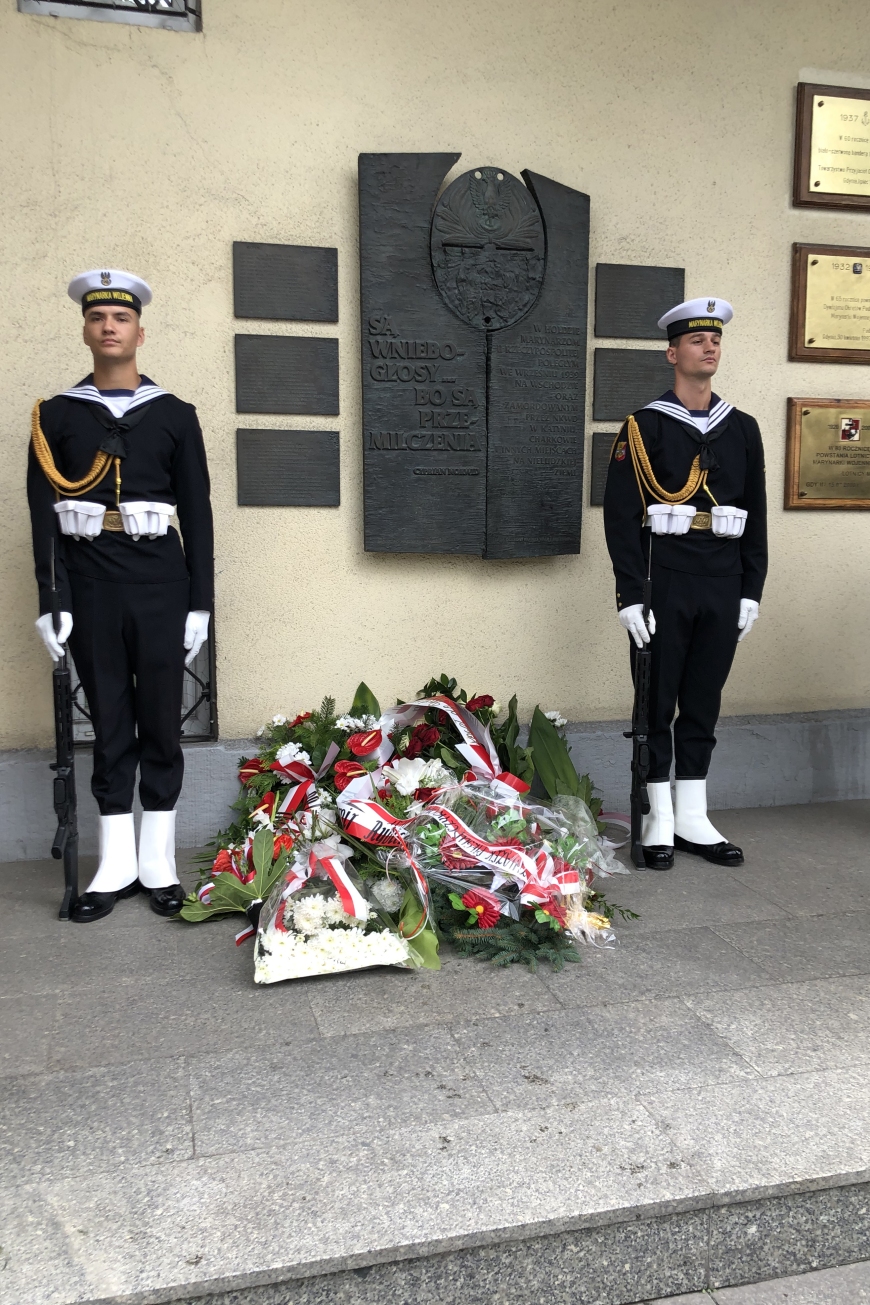 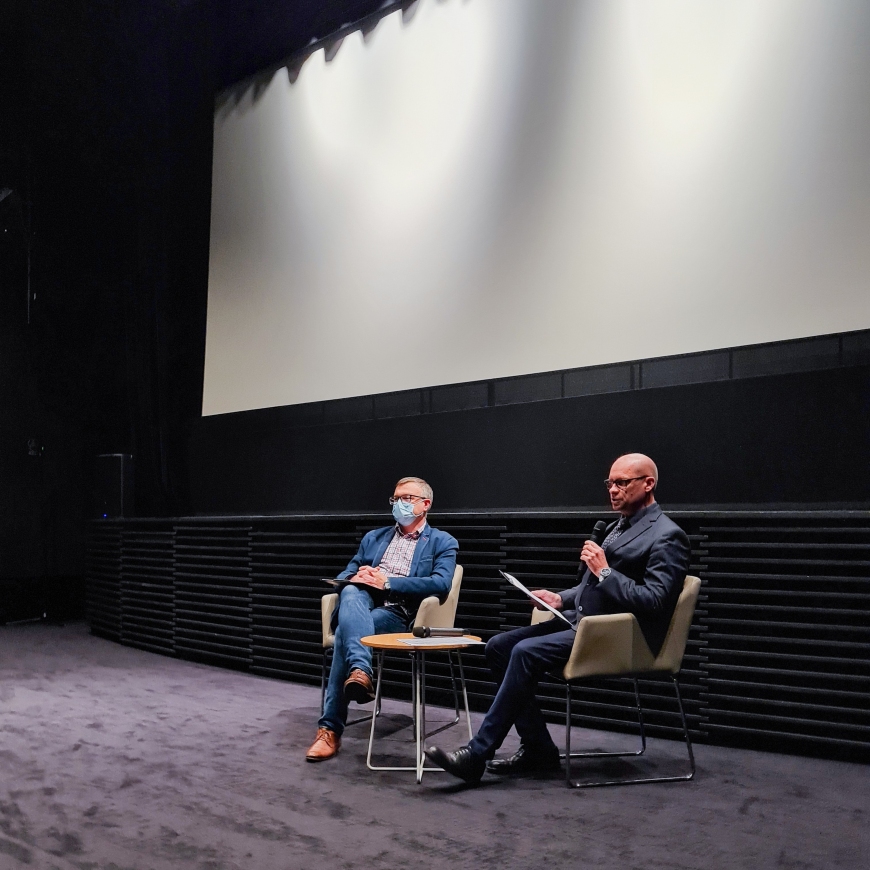 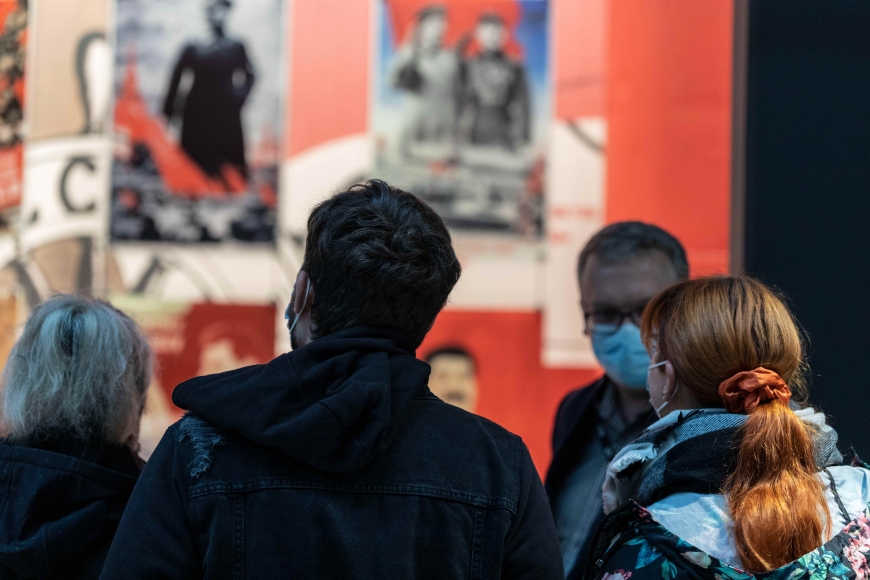 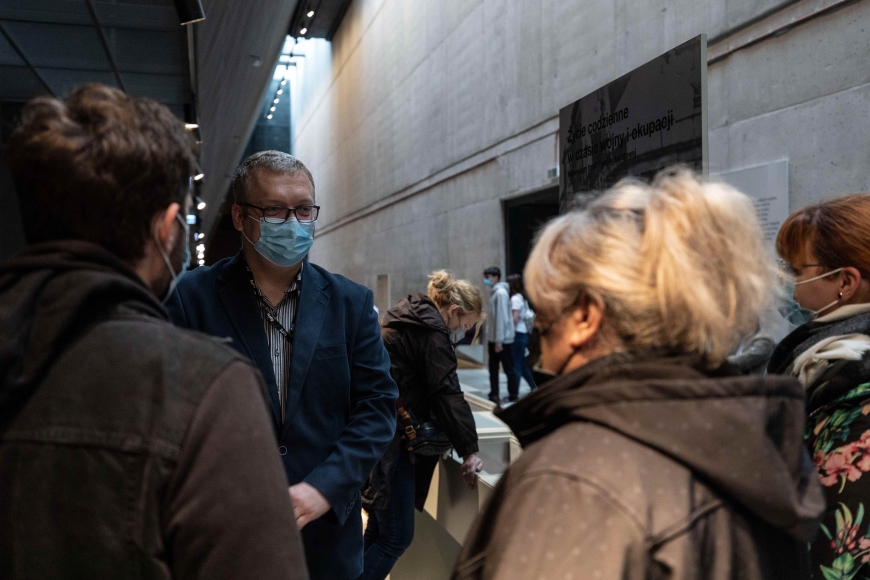