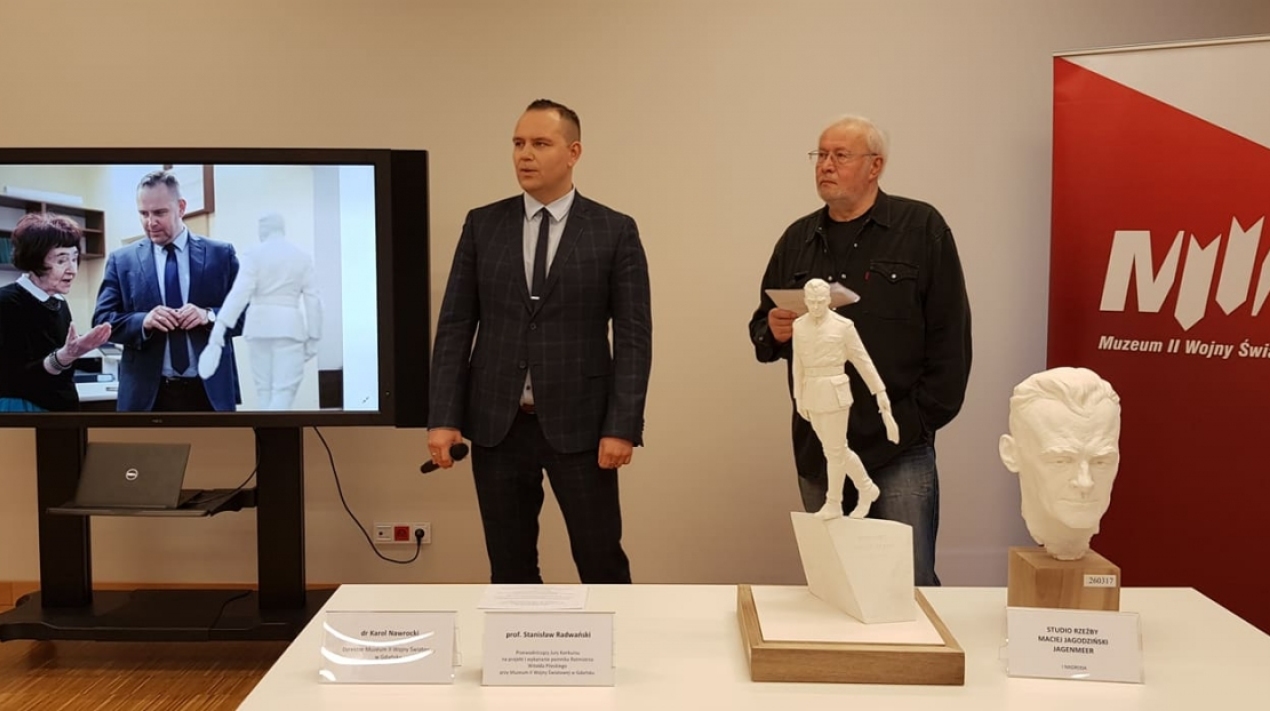 Announcement of the results of the competition for the design and construction of the monument of cpt Witold Pilecki at the Museum of the Second World War in Gdańsk.

33 artists had qualified for the competition, out of which 15 delivered their artworks to the Museum. None of the submitted entries was subject to exclusion. During the session of the Competition Jury on April 23, 2019, the competition entries were assessed in line with the criteria set out in the regulations. Artworks compliance with the essential requirements specified in the Competition Regulations was also the subject of assessment.

This entry was awarded the first prize in the amount of PLN 25,000 gross and the invitation to negotiate in the mode of a sole-source contract for the execution of the monument. It obtained 100% according to the Competition Regulations criteria.

The Competition Jury considered this work as the best because of its highest attractiveness of the artistic form. The ideological readability of the design was highly rated, manifesting, among others, many aspects of the character and clarity of the message, as well as in terms of adapting the expression to the means used. The original, dynamic form of the composition, as well as a good refinement of the facial features, were appreciated. The artwork was chosen unanimously the winner by the Competition Jury.

The 4-meter monument depicts the figure of Captain Witold Pilecki on the pedestal. The figure is captured in movement, reflecting in a symbolic way his stay and a daring escape from the Auschwitz concentration camp. Pilecki, presented in a captain uniform, with a hand gesture throws the camp cap behind him. The 2.80 m high sculpture is cast in bronze and placed on a pedestal made of acid-resistant sheet metal and corten sheet. The form of the pedestal refers to the architecture of the Museum of the Second World War in Gdańsk.

The composition of the Jury

The second prize in the amount of PLN 15,000 gross was awarded for the artwork by Stanisław Szwechowicz - sculptor; Artur Grodziński – architect

The third prize in the amount of PLN 10,000 gross was awarded to Adam Arabsk