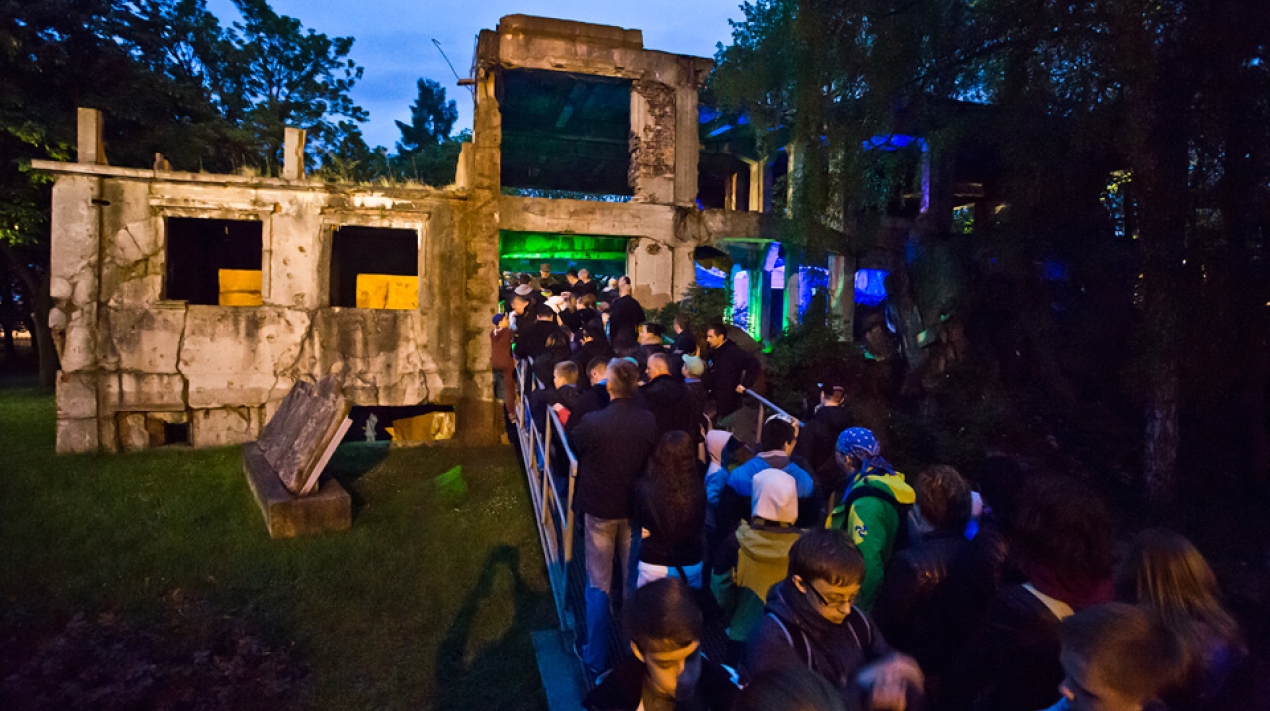 On the European Night of Museums, the Museum of the Second World War prepared a programme of visits to the Westerplatte Peninsula.

The participants could take part in an outdoor game relevant to the events that took place on the peninsula, especially those that happened between 1939 and 1945. Participants were to reach points especially arranged by re-enactors and solve tasks assigned by them and by the Museum staff. In the pre-war New Barracks the re-enactors were talking about the service in the Military Transit Depot in 1939. At the monument to the Defenders of the Polish Coast there was a camp arranged showing the activity and equipment used by the post-war People’s Army. Guard House no. 4 was specially opened for this evening, and Museum staff recounted its history. At the post-war tower of the field artillery battery the re-enactors were talking about the fights on Westerplatte in 1945.

This year’s additional attractions were the presentation of a Sherman Firefly tank, an exhibit from our Museum and rides on handcars. There were also archival films showed on an outdoor screen after dark.