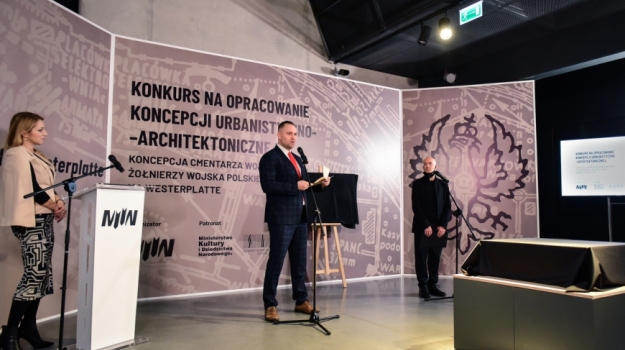 On 21 December this year, results of the competition for drawing up an urban and architectural concept of the Military Cemetery of the Polish Soldiers at Westerplatte were presented at the Museum of the Second World War in Gdańsk. A victorious work was made by NM architects Tomasz Marciniewicz, Zuzanna Szpocińska, Jerzy Grochulski (team of authors comprising: Tomasz Marciniewicz, Zuzanna Szpocińska, Jerzy Grochulski, Karolina Kayzer).

The objective of the competition was to select the most favourable work being a concept of the Military Cemetery of the Polish Soldiers at Westerplatte, which in a way appropriate to the historic and cultural importance of this symbolic place of beginning of the Second World War shall commemorate the killed soldiers of Polish Army and, at the same time, shall constitute the basis for drawing up full documentation making the investment possible. The aim of the chosen concept should be to create a memorial site, a place of social interaction, cultural significance, patriotic and historical education as well as an area for national, religious and military ceremonies.

“The Competition was very difficult. On the one hand, it was required to design a chamber cemetery for heroes of the dramatic events at Westerplatte and, on the other hand, it was necessary to find a form of dateless, universal commemoration that will respect the fragile, authentic historical testimonies: landscape, lay of the land, ruins, bomb-craters. The works sent in must be assessed as good or very good,” said the chairperson of the Competition Court Bolesław Stelmach, PhD, Eng. in Architecture.

The work which received the 1st award made a big impression on director of the Museum of the Second World War in Gdańsk, Karol Nawrocki, PhD:

“I am glad of the fact that this concept satisfied our expectations laid down in the Competition Regulations. To us, it was extremely significant for the cemetery to be noticed as a part of the Museum of Westerplatte and the War of 1939 and to form part of the program assumptions of the entire memorative, museological concept. This is what exactly happened and what is really satisfying. We did want Westerplatte – a place which was unfortunately weighed down by contemporariness of the Polish People’s Republic, industrial contemporariness of the 1990s and 2000s, which lost its historicalness and spatial landscape carrying along the huge symbolism – not to be weighed down with another concept, a monumental concept of cemetery. Thanks to this work, the said condition was fulfilled too. It was also very important to us to incorporate and expose the Guardhouse No. 5 and Officers’ Villa - relics of the Military Transit Depot which shall speak to visitors into the whole concept of the cemetery, apart from the parade ground and burial site. I am glad that all the three requirements were met.”

The victorious team of authors will be invited to negotiations within the single-source contract procedure for detailed preparation of design documentation making the investment possible.

The Competition Organizer: The Museum of the Second World War in Gdańsk.

Patronage: The Ministry of Culture and National Heritage; The Association of Polish Architects, Coast Branch.

JUSTIFICATION OF GRANTING OF THE 1ST PRIZE

The work received the 1st award because it fulfils the idea of the competition best of all the presented designs, including symbolism of the message and ideological readability.

The work organizes the cemetery’s space as a contemporary proposal of classic symbols, using minimum means of expression. The dateless – absolute form closes the route through the Westerplatte forest, and stalls – burial sites, standing around the cross, unite with it symbolically. The minimum means of expression, proposed in the work, allow the landscape, sky, trees, meadow which are the most significant remembrance medium of the tragedy that took place at Westerplatte to speak. Adaptation of the universal, geometrical archetype which derives from the ancient, later Renaissance, as well as contemporary symbolism to that landscape will allow the Place to come into existence. Deformation of geometry which will result from the lay of the land, taking into consideration the existing trees will lead to a merger of the dateless symbol with the space shaped by the history.

JUSTIFICATION OF GRANTING OF THE 2ND PRIZE

The award was granted for good fulfilment of the assessment criteria indicated
in the Competition Regulations. With regard to artistic quality, the work’s value is symbolism of the message and ideological readability of commemoration of the killed Soldiers.

Zones of the parade ground, foreground and cemetery were clearly distinguished. The authors of the work created an original narration of the space in which the contemplative interior, taking the form of a closed garden, separated by means of a wall torn off from the ground, became the climax. Such a solution allows achieving the effect of gradual building of atmosphere. Creation of the possibility for temporary isolation and contemplation in the place where the gravestones are located seems to be valuable. However, this gives rise to doubts due to introduction of the concrete object into the natural landscape of the battle-field.

The idea of the design is reflected in the compositional layout. The design was organized on the basis of the axis oriented towards the sunrise on 1 September. The reference was also made to the traditional layout of the graves, characteristic of military cemeteries.

The proposal of constructing the wall serving as the separation of the cemetery space raises objections.

JUSTIFICATION OF GRANTING OF THE 3RD PRIZE

The work received the 3rd award because it fulfils the ideas of the competition well – within the assessment of the presented designs, including symbolism of the message and ideological readability.

The “Forest of crosses” in the Westerplatte forest, proposed by the authors, has an obvious and universal symbolic dimension. The geometry and proportions of elements of the design allow perceiving this exceptionally lapidary and strong symbol in a proper way.

The mass grave with the gravestone of the Westerplatte heroes, which is inconsistent with the tradition of commemorating the deceased and respect for the individual burial site gives rise to the Competition Court’s doubts.

We encourage you to visit the website https://konkurs.muzeum1939.pl where all the competition works are available.

Moreover, please feel invited already now to the post-competition exhibition which will be organized in the Museum of the Second World War in Gdańsk as soon as the epidemiological situation allows. 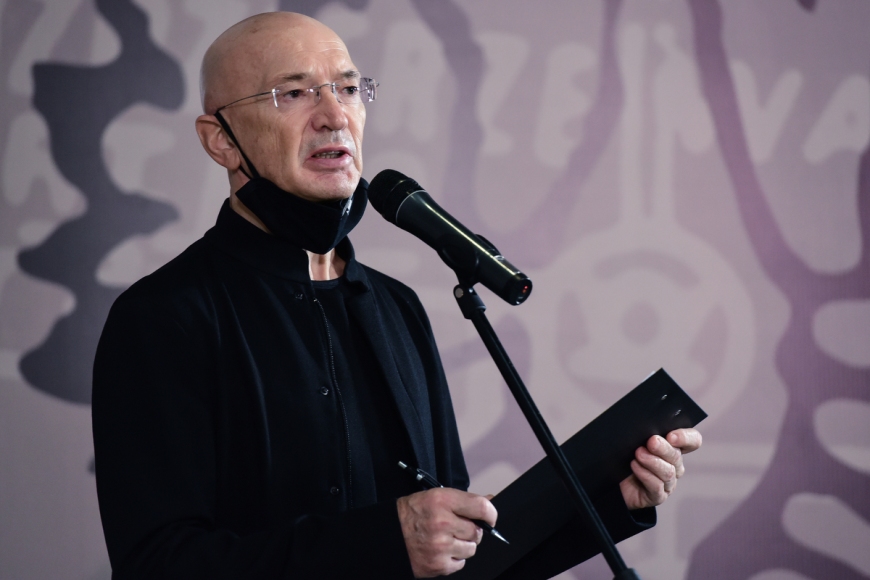 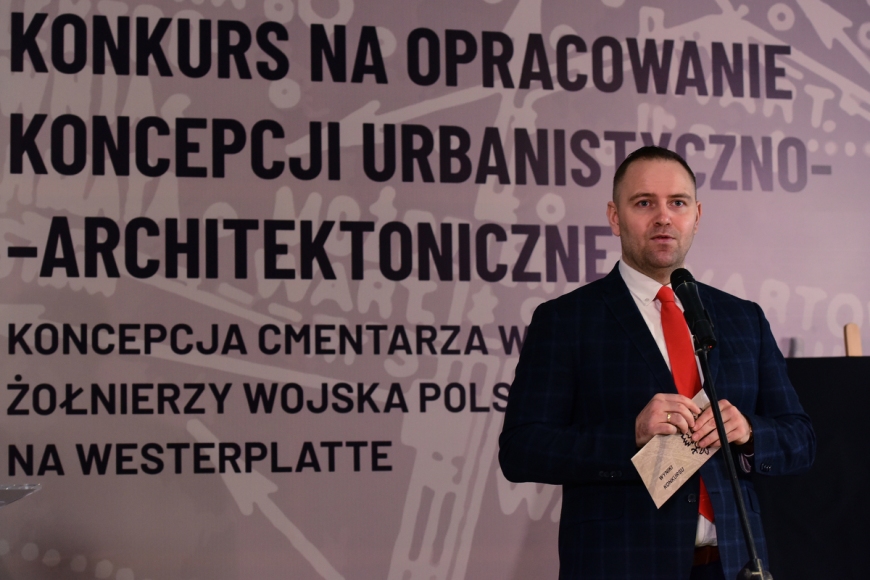 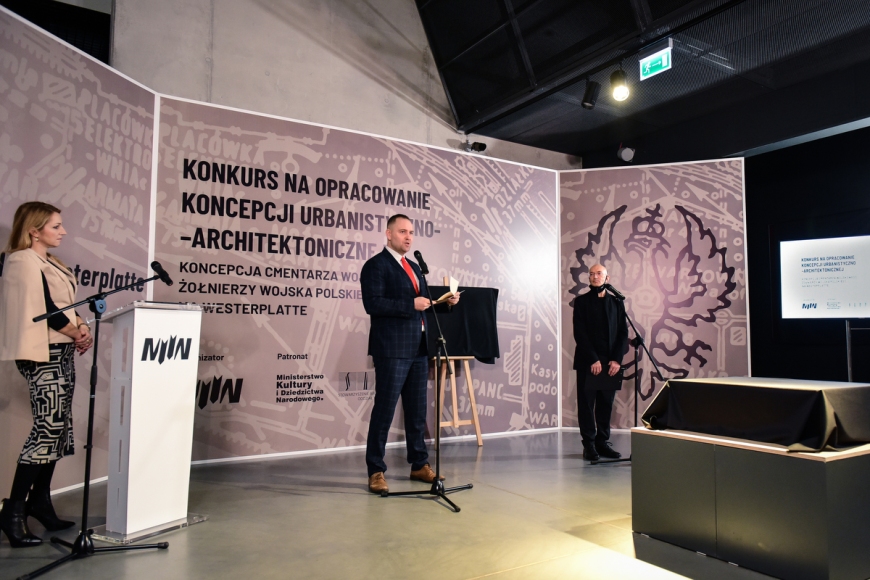 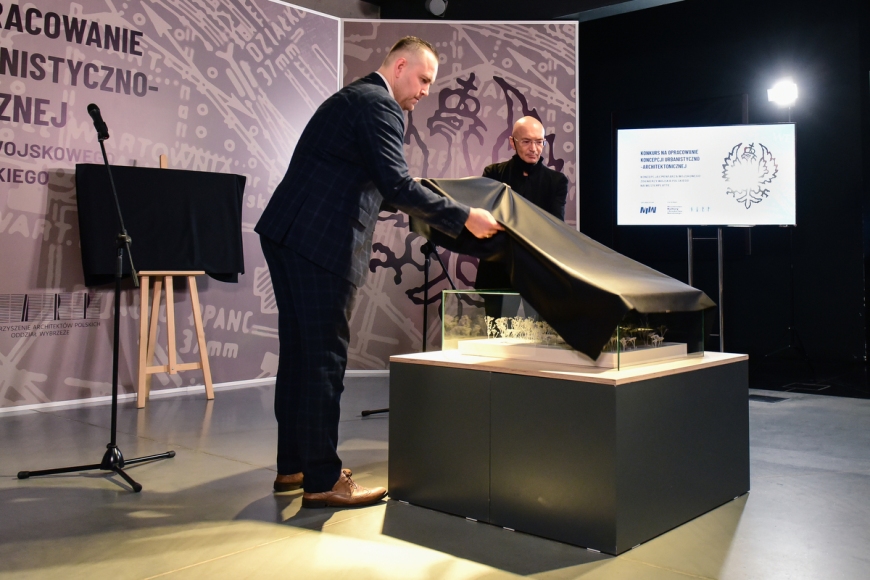 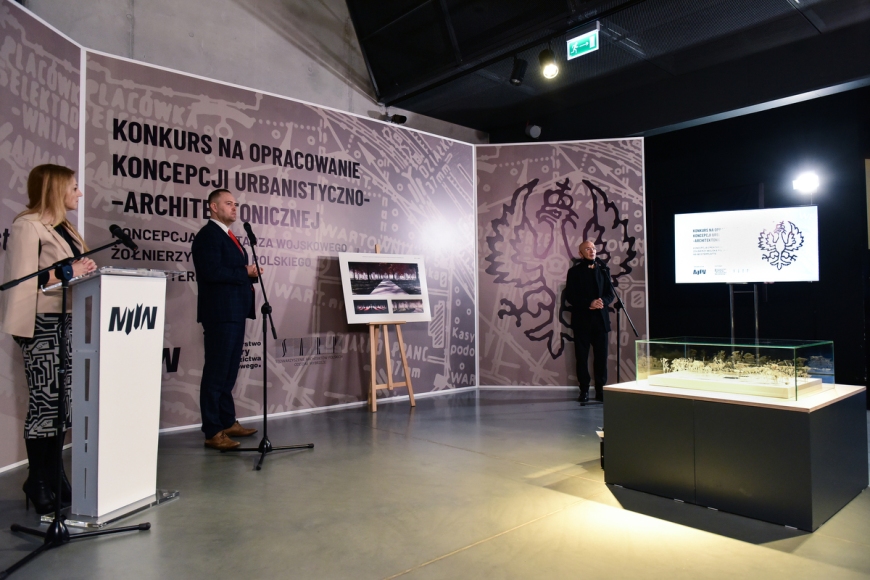 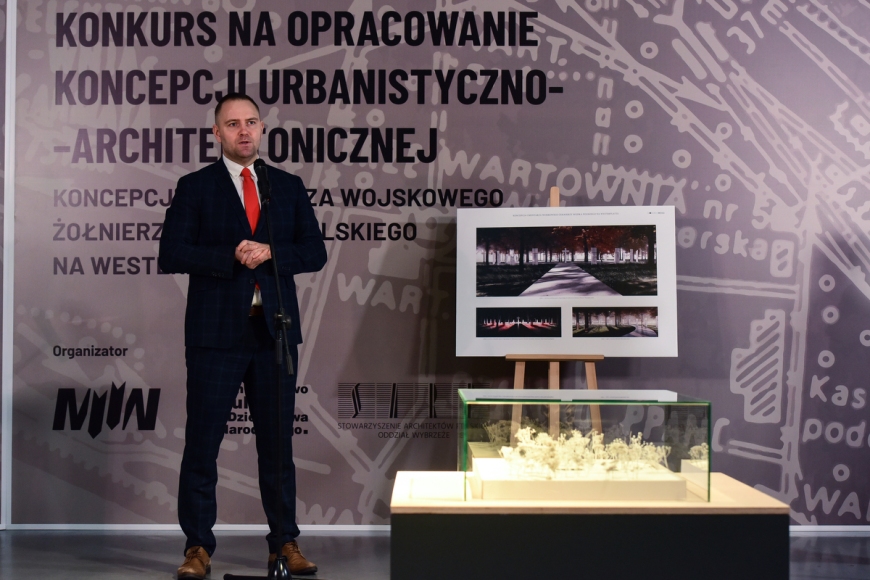 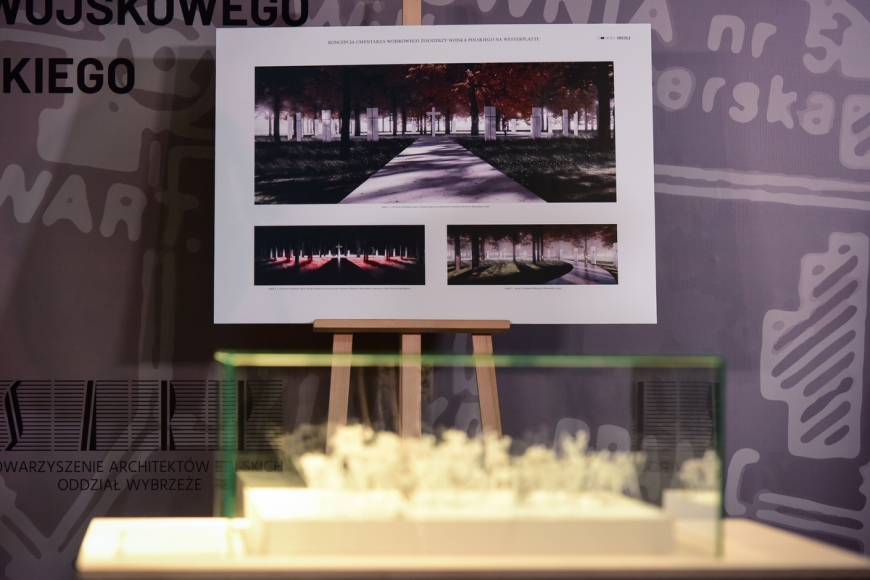 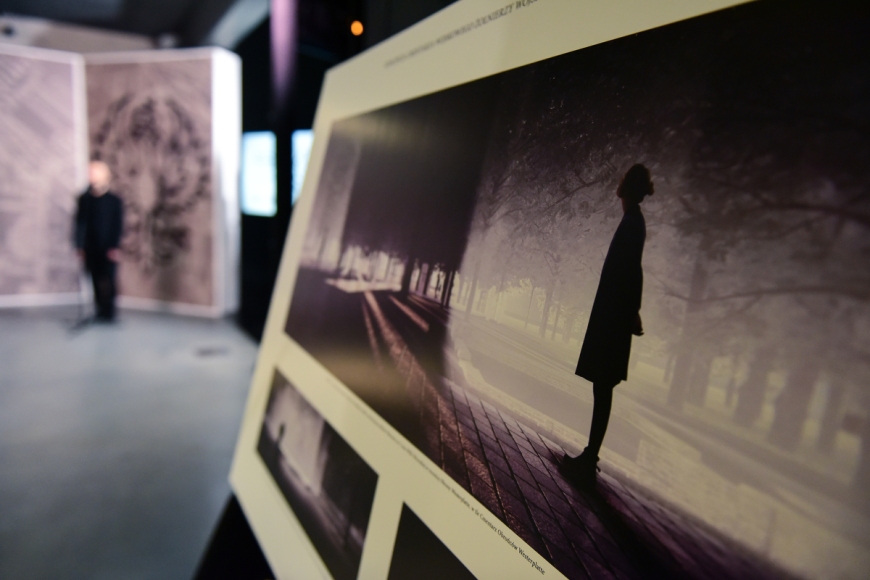 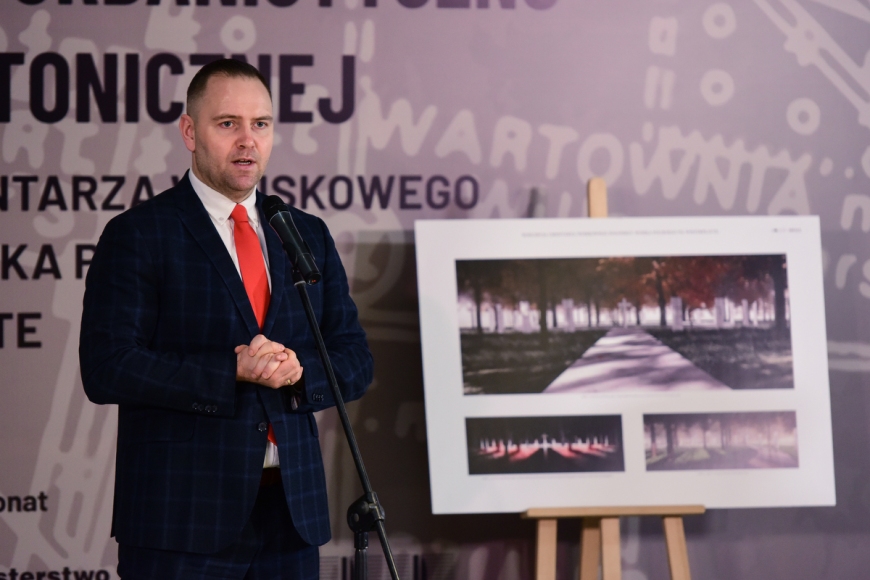 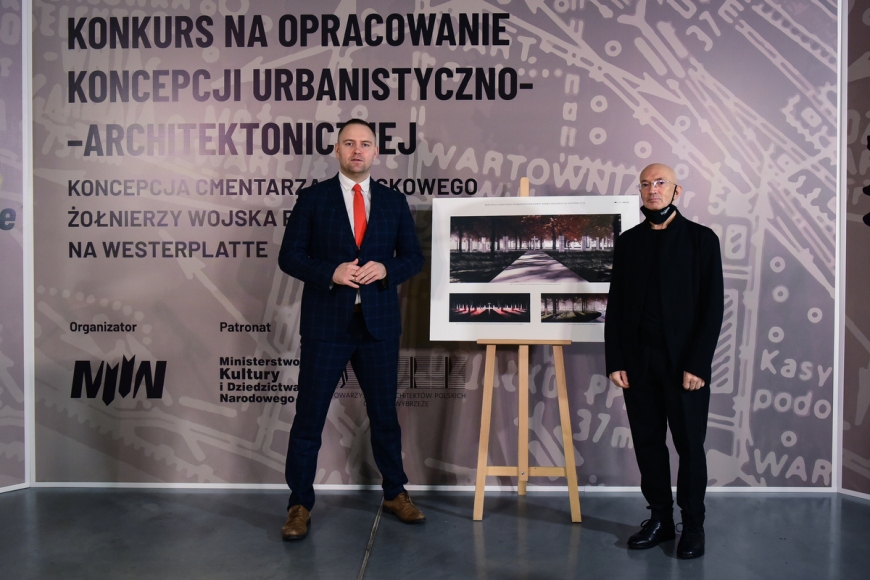 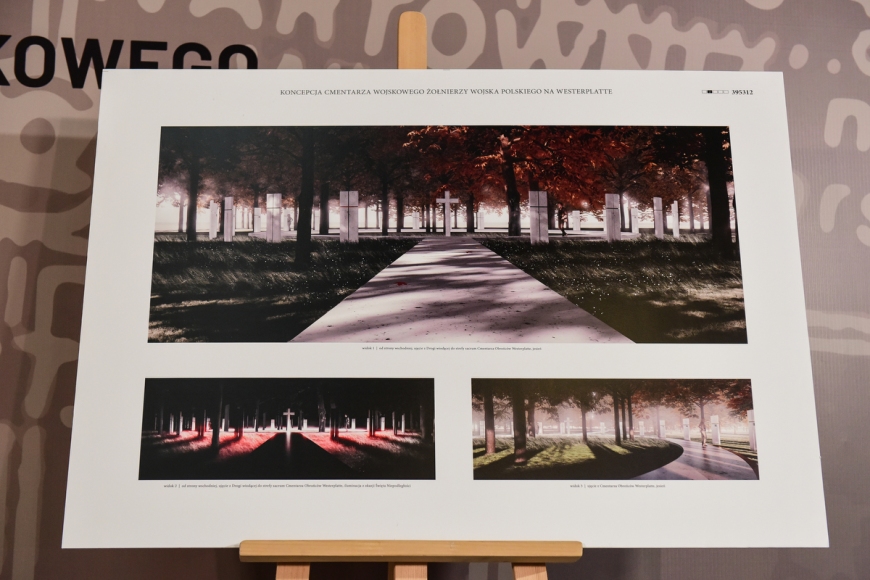 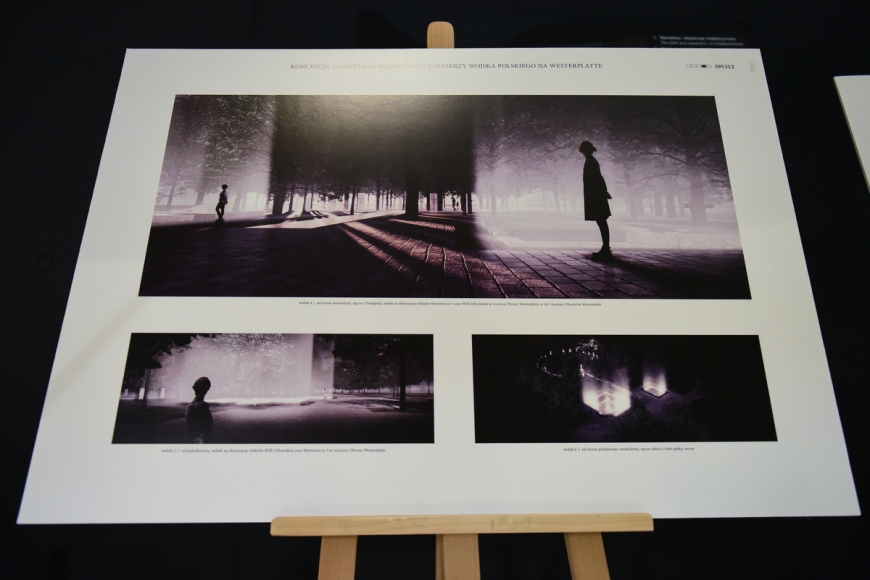 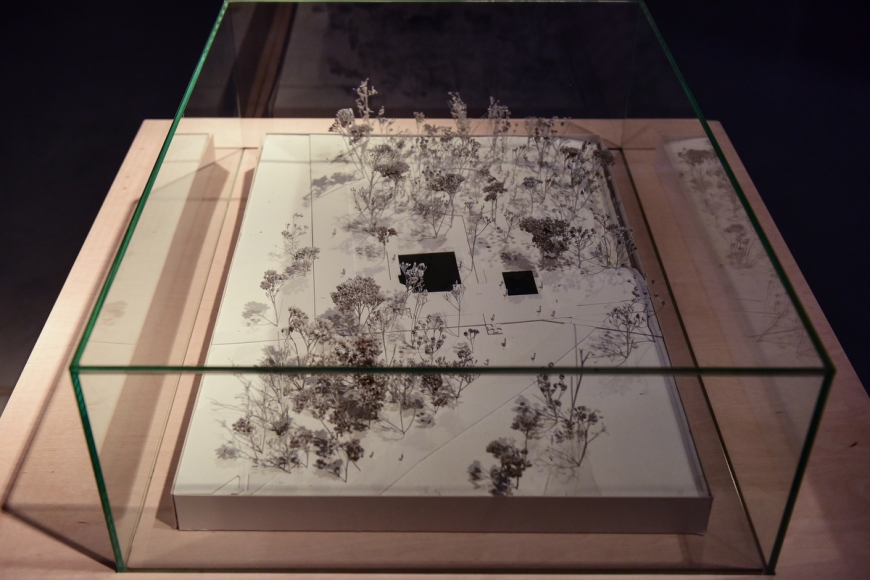 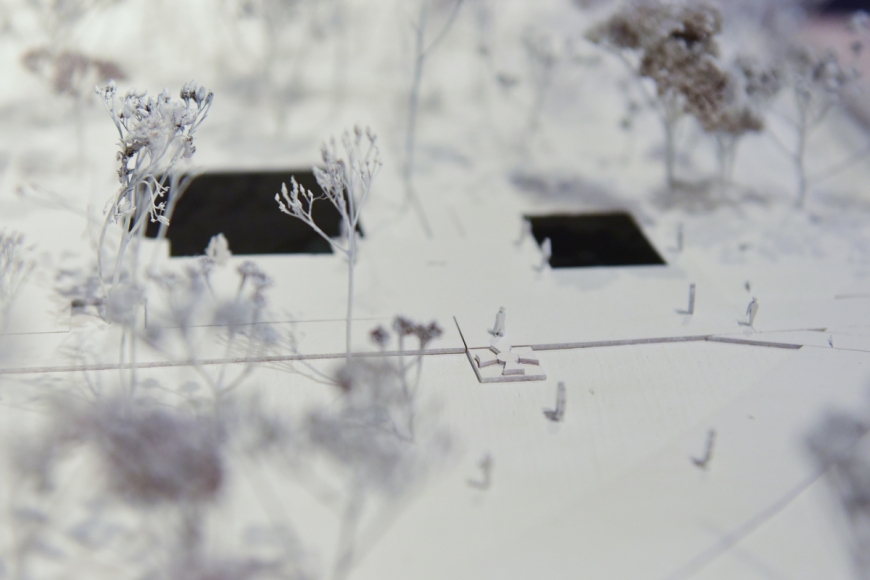 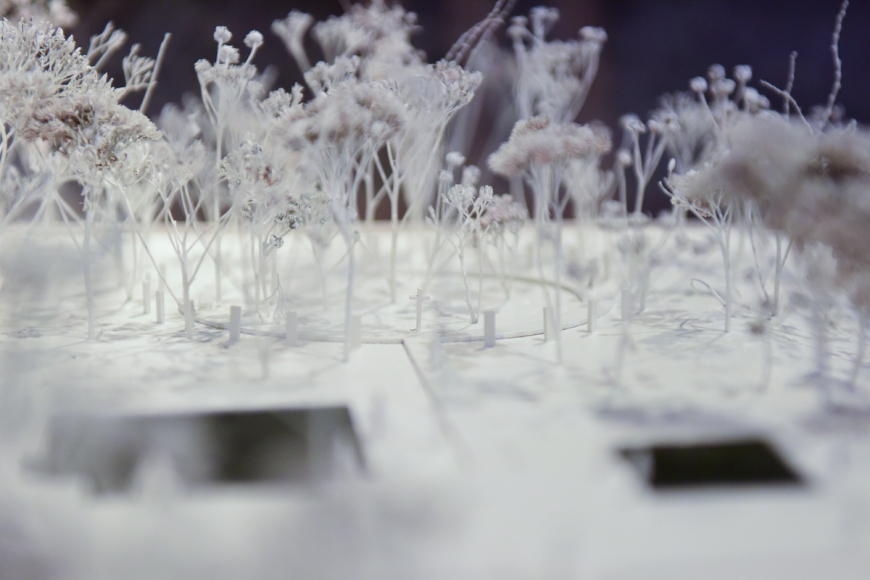 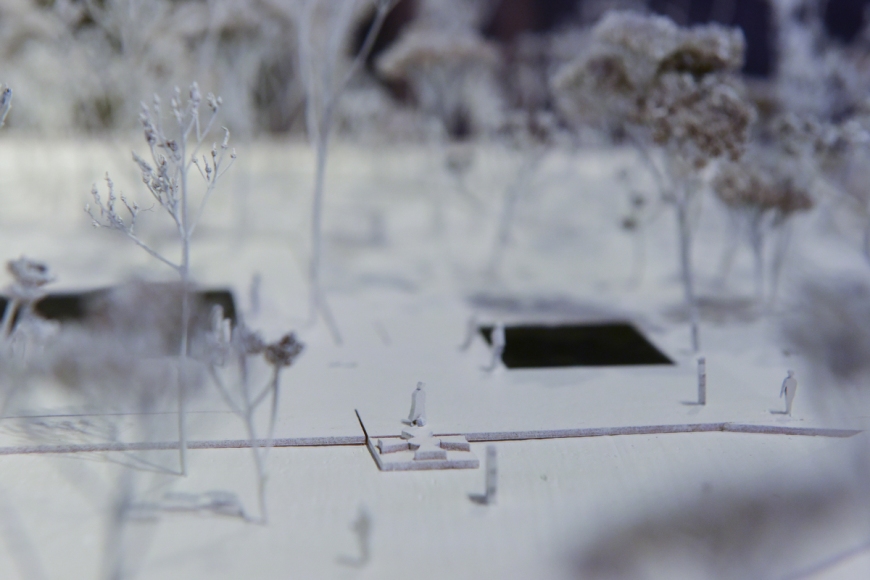 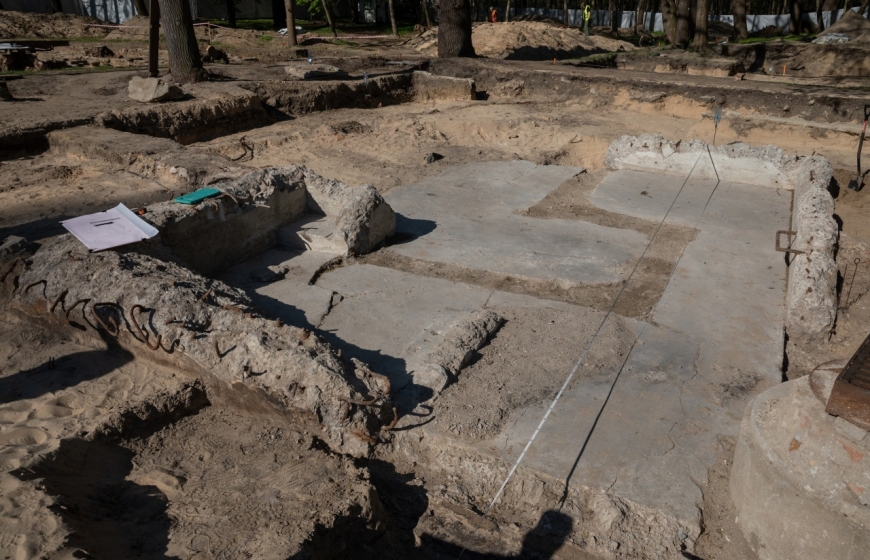 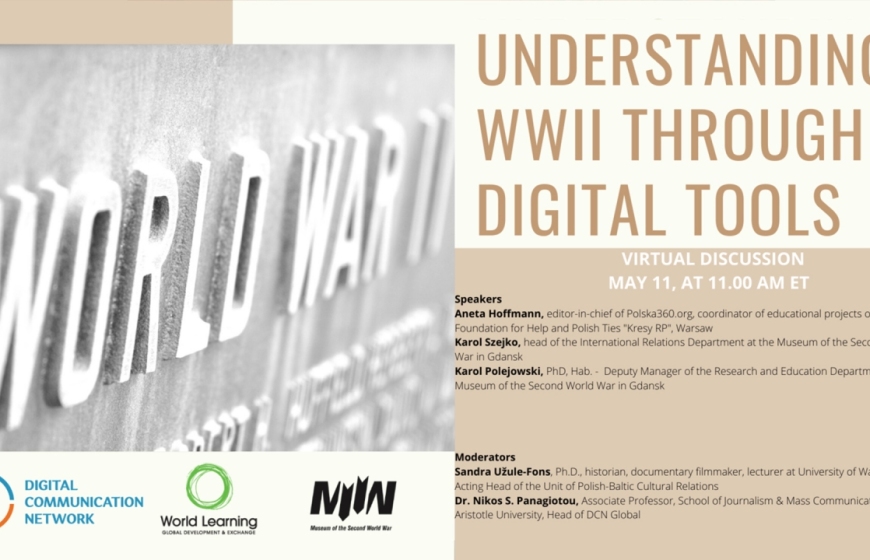