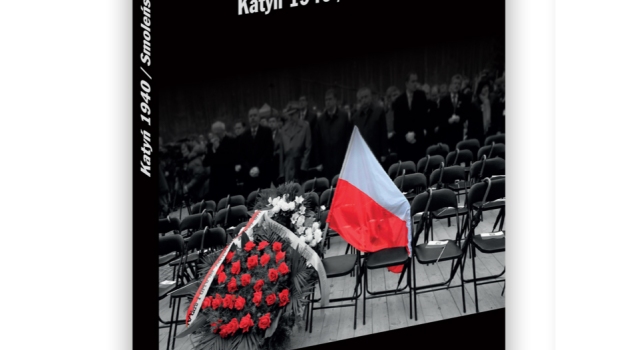 On April 4 at 19:00 we invite you to Radio Gdańsk for a unique piano concert by the Polish virtuoso of the young generation Szymon Nehring and the premiere of the album #Pamięć. Katyń 1940 / Smoleńsk 2010.

April 10 is a painful anniversary for Poland. On that day, in 2010, 96 people died in a plane crash near Smolensk: the President of the Republic of Poland Lech Kaczyński and his wife Maria Mackiewicz-Kaczyńska, the last President of the Republic of Poland in exile Ryszard Kaczorowski, politicians, government officials, commanders of the Polish Army, clergy, social activists; representatives of the Polish state elite representing all ideological and political options. They died on duty, on their way to pay homage to thousands of Polish officers, soldiers, and policemen murdered by the Soviets in 1940 in the Katyn Massacre. They died because they cherished national memory. Nurturing this memory is also the duty of all of us, including national media performing  public service mission.

Katyn 1940, Smolensk 2010. Those two dates are joined by the sacrifice of Polish blood on "inhuman land". On their 80th and 10th anniversary we invite you to listen to a special concert together – a unique musical memento and a tribute to those who lost their lives.

On Saturday, April 4, 2020, at 7 p.m., a virtuoso concert will take place in the Janusz Hajdun radio studio in Gdańsk. Szymon Nehring, the finalist of the 17th International Fryderyk Chopin Piano Competition in Warsaw and the winner of the 15th Artur Rubinstein International Master Class Competition in Tel Aviv will perform musical pieces by Fryderyk Chopin and Ignacy Jan Paderewski. The President of Radio Gdańsk Adam Chmielecki and Dr Karol Nawrocki, Director of the Museum of the Second World War in Gdańk, will deliver  short historical addresses. The event will be hosted by the artistic director of Radio Gdańsk, Konrad Mielnik.

After the concert, selected recordings based on archival broadcasts by Radio Gdańsk will be aired in a special bradcast. The two seventy-minute audio recordings are a fascinating collection of reportages and documents dedicated to the memory of the compatriots who died for free Poland in 1940 and 2010. In an unusual way, through the words of their loved ones and friends recorded ten years ago, these recordings bring back memories of those connected with Pomeranian region: The President of the Republic of Poland Lech Kaczyński and the President's wife Maria Mackiewicz-Kaczyńska, Przemysław Gosiewski, Izabela Jaruga-Nowacka, Admiral Andrzej Karweta, Maciej Płażyński, Arkadiusz Rybicki, Leszek Solski, and Anna Walentynowicz. We will reflect on their ideas and discuss their involvement in international, Polish and Pomeranian problems. We will point out concerns of political and social importance to which they devoted time and attention. We will try to ponder their lives and achievements as a source from which we can still draw inspiration today.

Feel inspired to listen to Radio Gdańsk together with us on Saturday 4 April 2020 at 19.00.

The concert and promotion event of the album #Pamięć. Katyn 1940 / Smoleńsk 2010 will be hosted by Radio Gdańsk, Museum of the Second World War in Gdańsk, Lotto and Institute of National Remembrance in Gdańsk. The event will be held under the honorary patronage of the Pomeranian Voivode, Dariusz Drelich.

The concert will be broadcast on Polish Radio 103.7 MHz and on the Internet at www.radiogdansk.pl under the "Listen" tab.