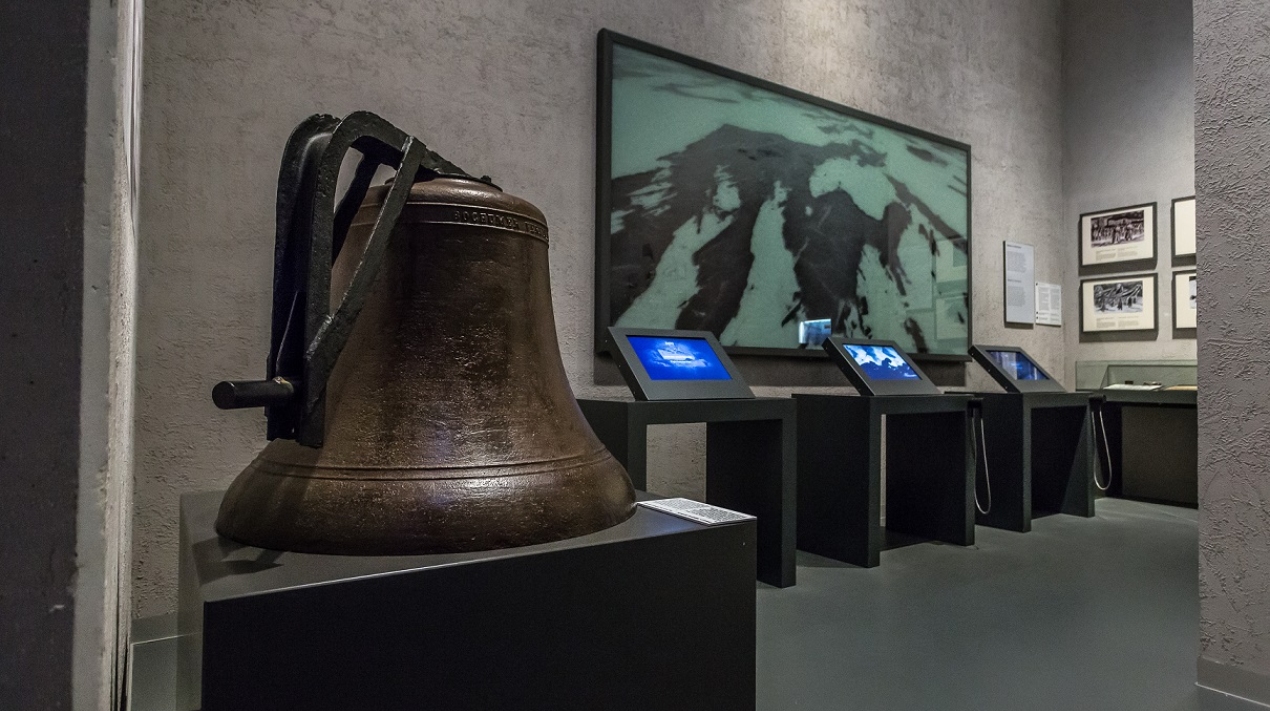 The bell from the wreck of Wilhelm Gustloff ship | #M2WSonline

As part of our #M2WSonline learn the story of the bell from Wilhelm Gustloff ship, which is on display at the main exhibition of the Museum of the Second World War in Gdansk.

In winter 1945 the German population from East Prussia was forced to evacuate to escape the approaching Red Army. The exodus soon turned into  mayhem, and the only route of escape was by sea. The fugitives were hastily embarking on vessels in different  ports of the Gulf of Gdansk. One of those ships was passenger ship "Wilhelm Gustloff" built in 1938 in Hamburg. Until the outbreak of WWII it was used by the Nazi organization Kraft durch Freude. During the war it was put into service as a hospital ship and as an auxiliary ship for U-boat crews.

In winter 1945 German soldiers and civilians tried to make their escape on board Wilhelm Gustloff. On January 30th,  the vessel was sunk after being hit by three torpedoes from the Soviet submarine S-13, commanded by Captain Alexander Marinesko. The exact number of casualties remains unknown -- it is estimated at around 7.000 – 10.000 people. About 1000 people were saved. The sinking of Wilhelm Gustloff is considered to be the largest disaster in maritime history. The shipwreck still lies 19 nmi north of Leba. The ship's bell was retrieved in 1979 by Polish divers from Gdynia. The bell is not actually a proper ship's bell, but one produced in Bochum steelworks in 1937 and used as a signal bell located at ship's stern.

The bell from the shipwreck of "Wilhelm Gustloff", III Reich, about 1937, Collections of the Museum of the Second World War in Gdansk. / Photo: Dominik Jagodziński.