The exhibition is designed as an interdisciplinary project based on a variety of forms, media and scenographic solutions. They are woven into a cohesive story about the Polish experience of World War II, which provides vivid insights into the horror and tragedy of those time 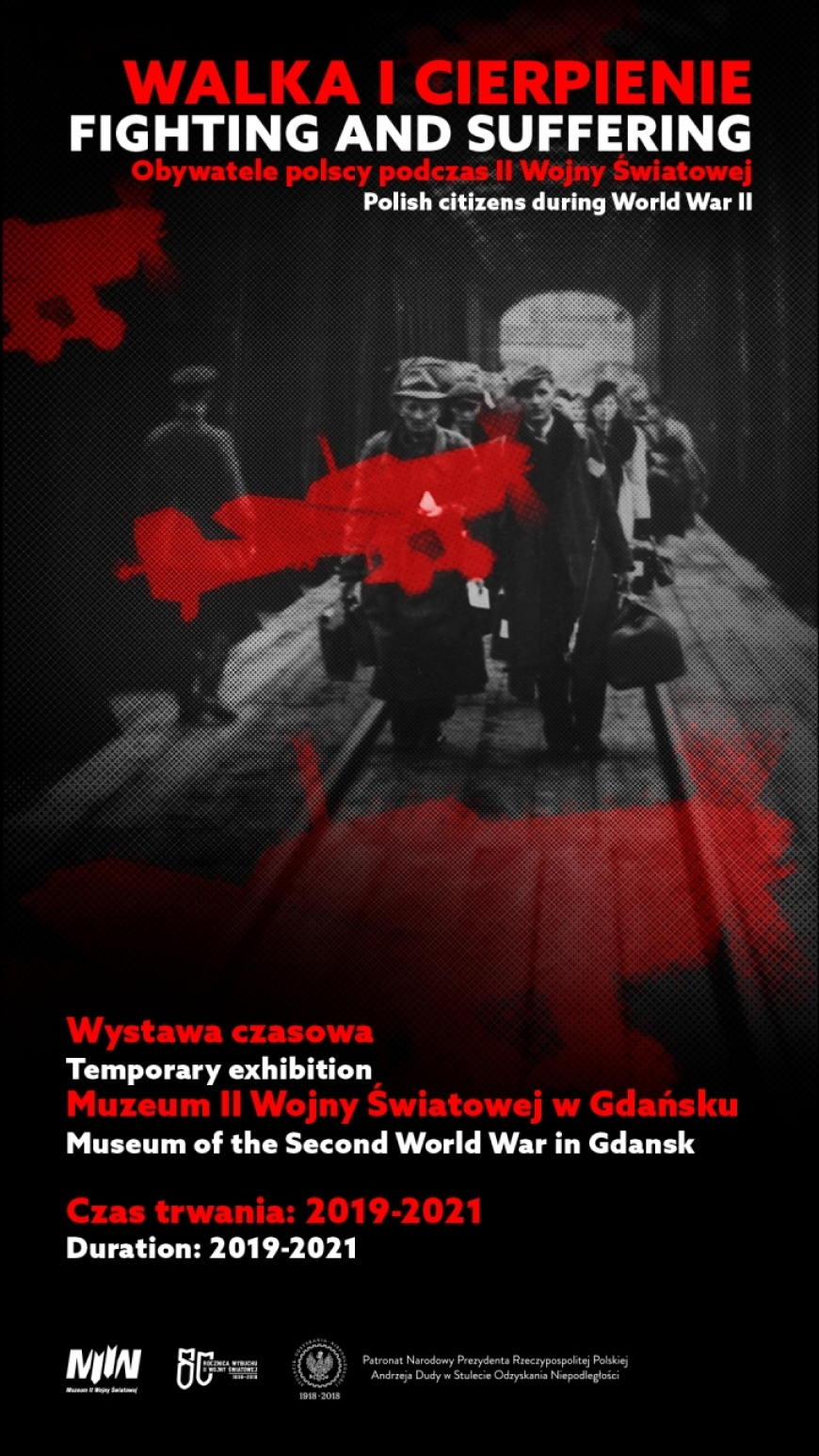 The exhibition has a well-thought-out structure with precisely measured chronology and dramaturgy and contains various information on the wartime period. The exhibition is intended to have a strong emotional impact on visitors in order to make them aware of the horrors of the Second World War in the most suggestive way. At the same time, it highlights the events and phenomena that demonstrate the uniqueness of the Polish experience.

We present an exhibition that tells not only the tale of the cataclysm of the most horrifying of wars, but also proves a unique love for freedom and liberty. On 1 September 1939 at dawn, an organised attack by the Third German Reich on Poland commenced World War II. A little over two weeks later, the Soviet Union joined the attack. The Poles fought for their motherland and, despite their defeat, continued the fight on other fronts of the war. In the occupied country, they set up a civil and military resistance organisation, outside the country, they fought as part of the regular army. During the occupation, Polish citizens experienced universal terror and suffered persecution. Most were simply fighting to make it through their wartime daily existence. Because of their “freedom gene”, however, despite those circumstances, they were ready to defend their identity, language, and national memory. And it is this memory - full of pain, suffering, and struggle for independence - that we would like to share with you today. - Karol Nawrocki PhD - Director of the Museum of the Second World War in Gdańsk