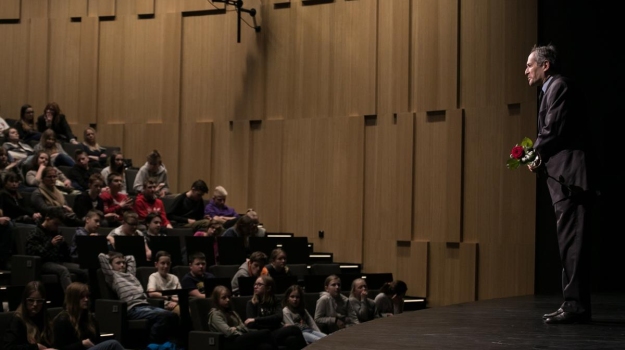 "Scars of memory – the story of Jan Karski"

Duodrama "Scars of memory - the story of Jan Karski" is another adaptation, after radio dramas and monodrama, based on the play "Scars of Freedom - a literary and theatrical story about a secret emissary" by Jacek Ryś (father of Sebastian Ryś, playing young Karski). It is a complex theatrical spectacle, connected with memories and strong emotions from the war period. It consists of both the heroic aspects of the young courier's activity and the later humiliating, bitter moments of life, analysed many years later by Karski.

Deputy Director of the Museum of the Second World War, Dr Tomasz Szturo on March 27, 2018, during a special show, welcomed the gathered guests, drawing attention to the date of the event –International Theatre Day.

This is the celebration of one of the noblest, most artistic media, most sophisticated forms of communication, whose roots reach the 5th century BC, and provenance reaches Dionysian rituals. It is with this sophisticated form of expression that we want to tell you about an extraordinary character, a great man, a great Pole, a patriot and man of wisdom - Jan Karski, or actually Jan Romuald Kozielewski.

In this form, what is most beautiful in our history is reflected: youth in a multi-ethnic, multicultural Poland, where the representatives of various communities, various ethnic groups and faiths co-existing on the basis of respect, tolerance, friendship; and later the trials of war: the September campaign, the Soviet slavery, the Gestapo torture chambers and finally an extraordinary mission. Jan Karski visited the ghetto twice, according to some sources, Irena Sendler herself was supposed to be his guide in those places of the Holocaust. Disguised as a Ukrainian guard, he also managed to get into the transit camp in Izbica. These things will resound on the stage, told in an artistic manner, and what is perhaps the most important in this biography will be described - his attempt to warn the world about the Holocaust (the Shoah), calling on the world to stop this horrific crime.

In 1943, Jan Karski appealed directly to the President of the United States, Franklin Delano Roosevelt, saying that the Germans were making hell on earth for millions of Jews. The world turned its back on this truth. A similar thing is happening today, the world does not really want to remember who the perpetrators of the Holocaust were and who were the heroes. Just as Jan Karski appealed for the truth – so should we stand up for our heroes: because the world has the right to learn of people like Jan Karski, like Irena Sendler, like Capt. Witold Pilecki, and we have a duty to speak about him.

So today, about the legend of the Polish underground will tell you, in a very artistic manner, using the language of art, the legend of our theatre scenes, Mr. Jerzy Zelnik, and he will be joined by a very talented actor of the young generation, Sebastian Ryś.

The main theme of the play is the history of Jan Karski's mission to France, who is captured by the Gestapo during his mission. Tortured and mentally broken, Karski attempts suicide. The resuscitated emissary is held by the Germans in a hospital in Nowy Sącz - there, under the "Action S" led by Zbigniew Ryś (grandfather of Sebastian Ryś, who plays the young Karski) - he is released and hidden from brutal interrogation and German retaliation. However, as part of the German repressions, 32 death sentences were executed. Despite this, Karski continues his mission, believing that he will turn the tide of war and stop the German death machine. His mission eventually became his curse, as his heroic story became a “broken record” and ultimately did not save anyone or stop the war. Although, thanks to him, the information about the extermination of Jews reached Western Europe - the world did not want to believe it. We see him again as an old man, approaching the end of his life, which, like an unhealed wound, carries within a sense of regret that, because of his travels and accounts, the war did not end at least 5 minutes earlier. 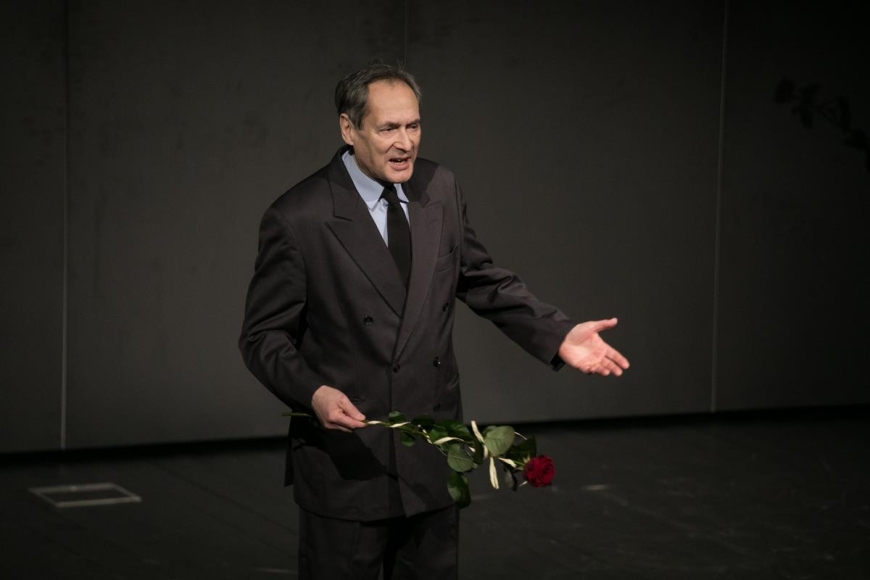 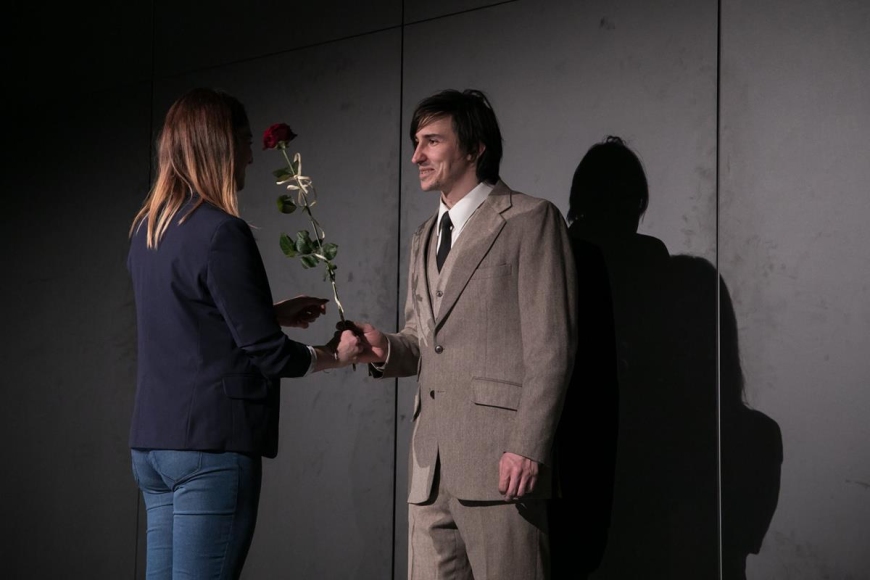 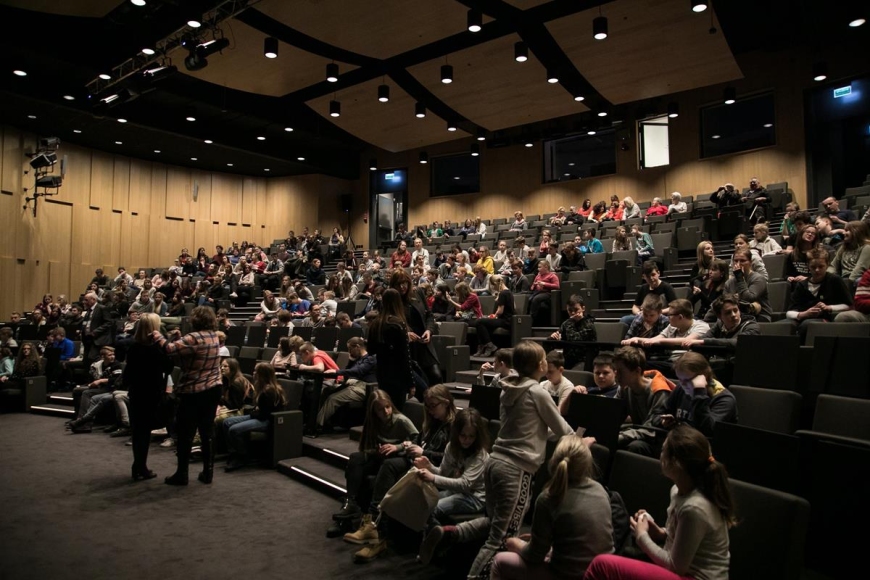 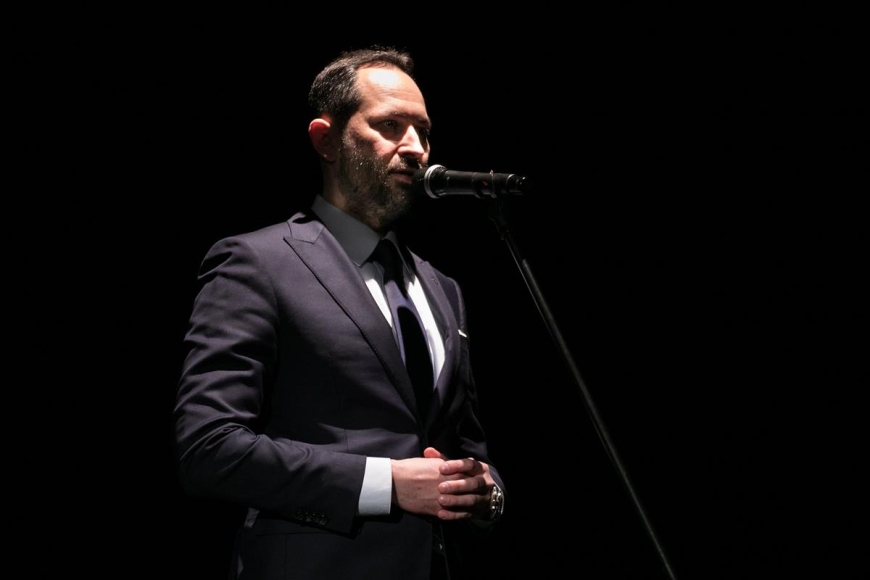 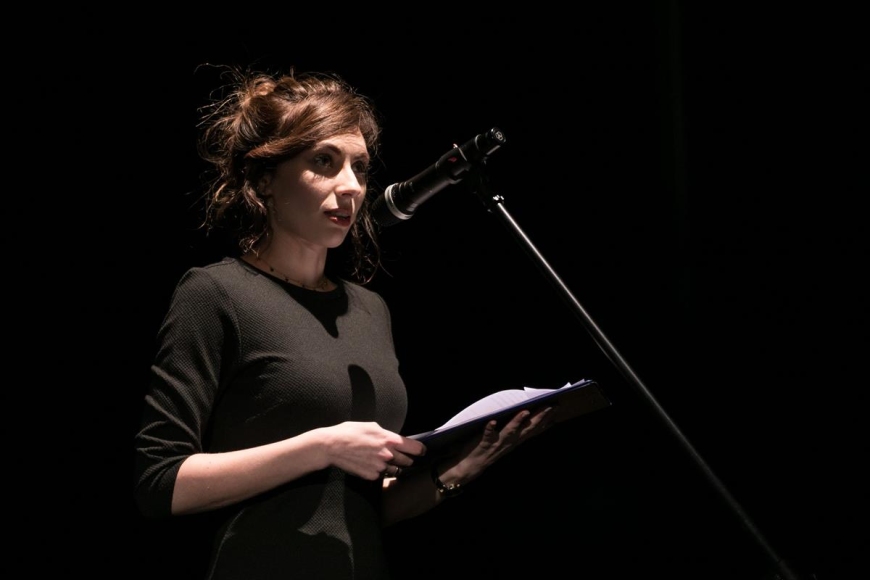 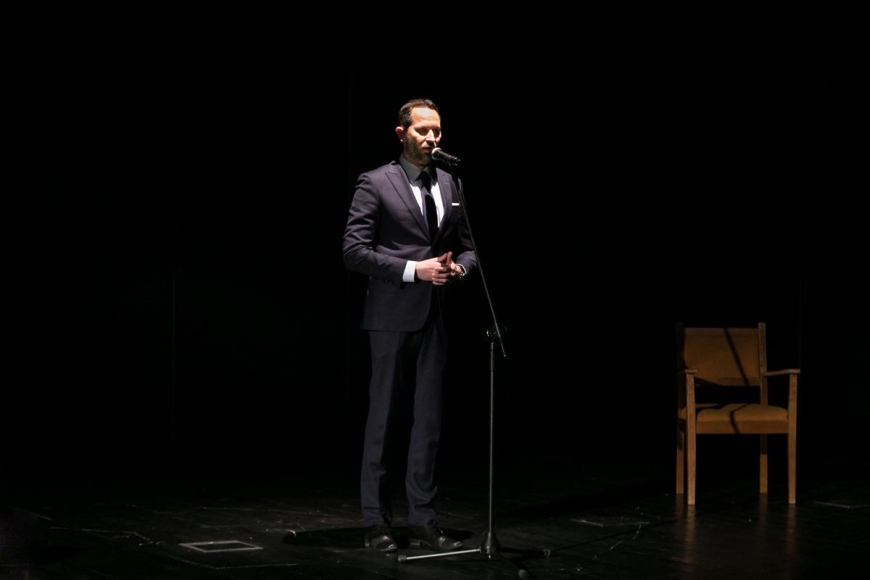 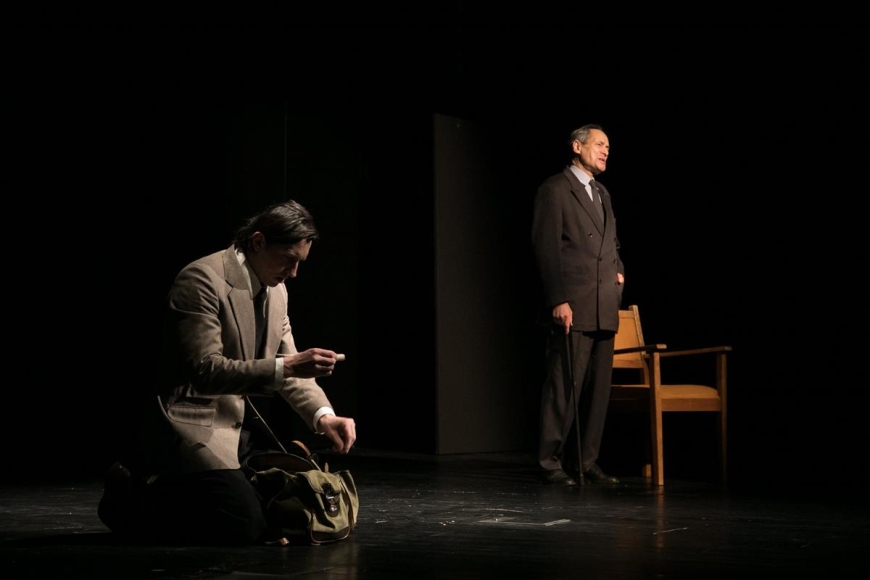 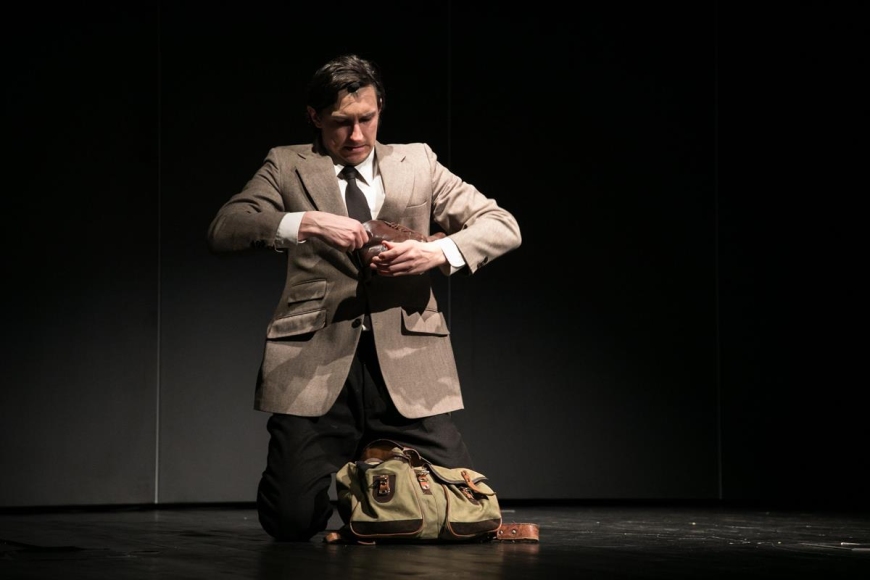 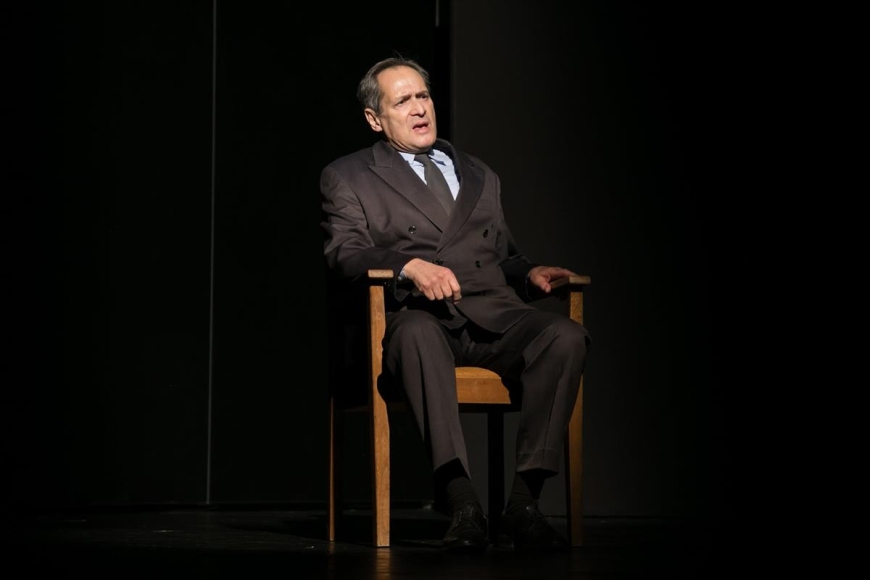 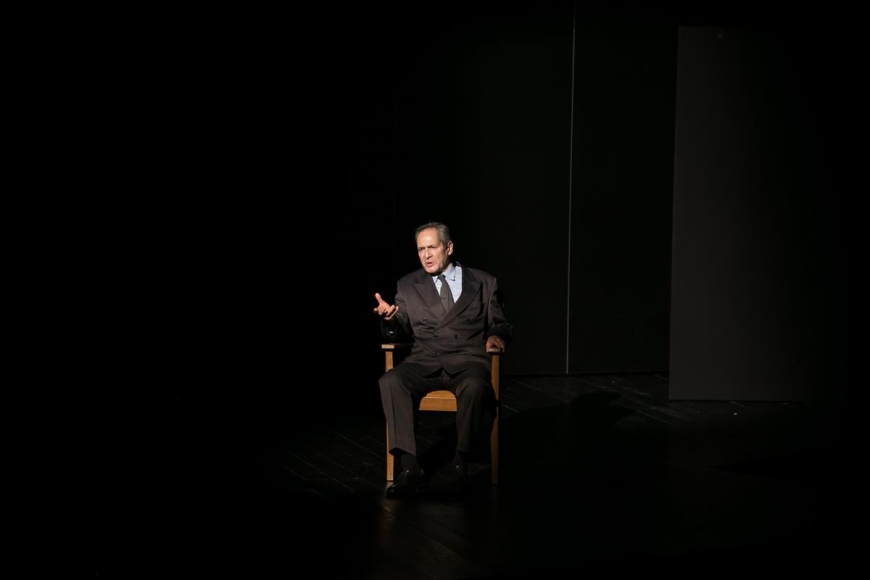 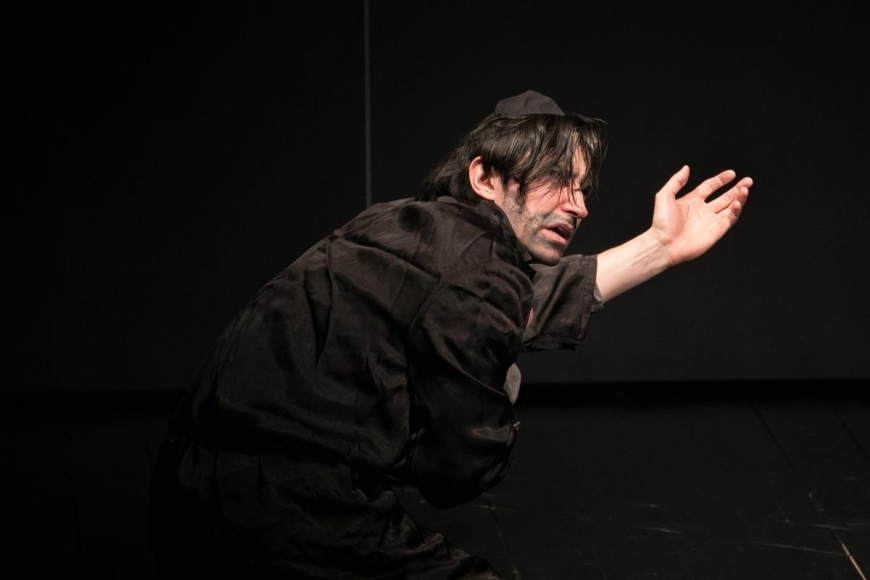 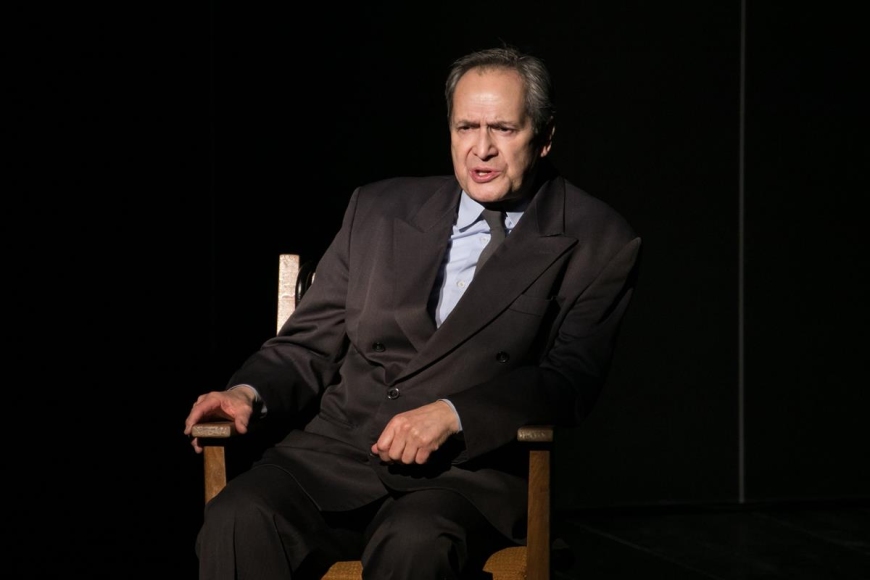 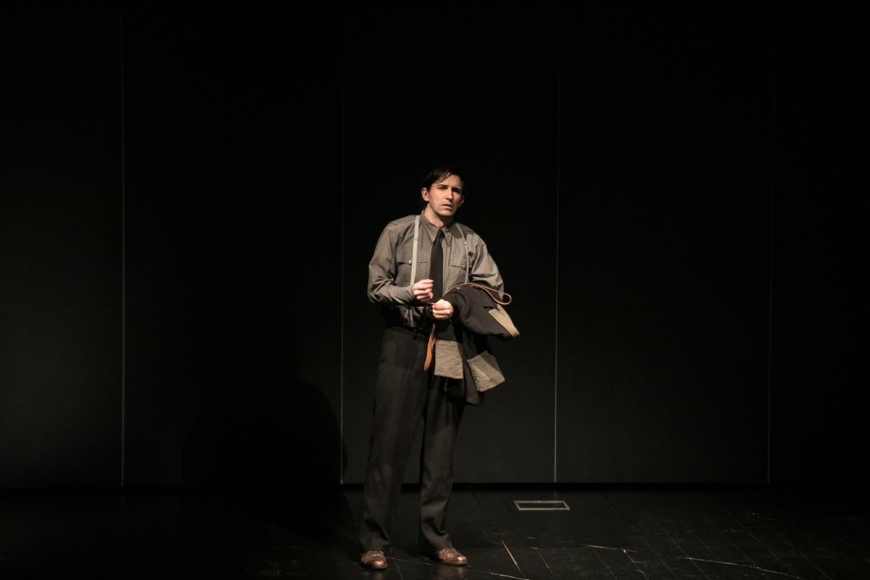 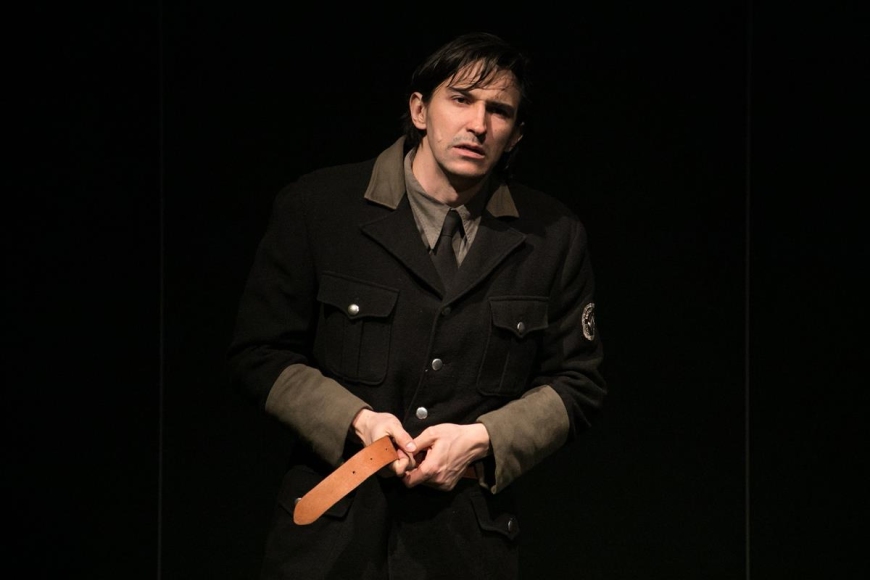 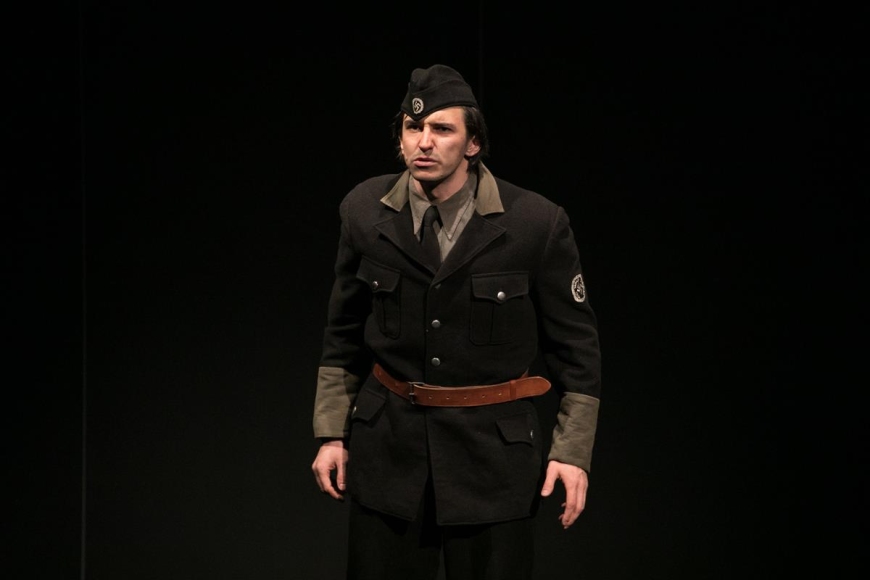 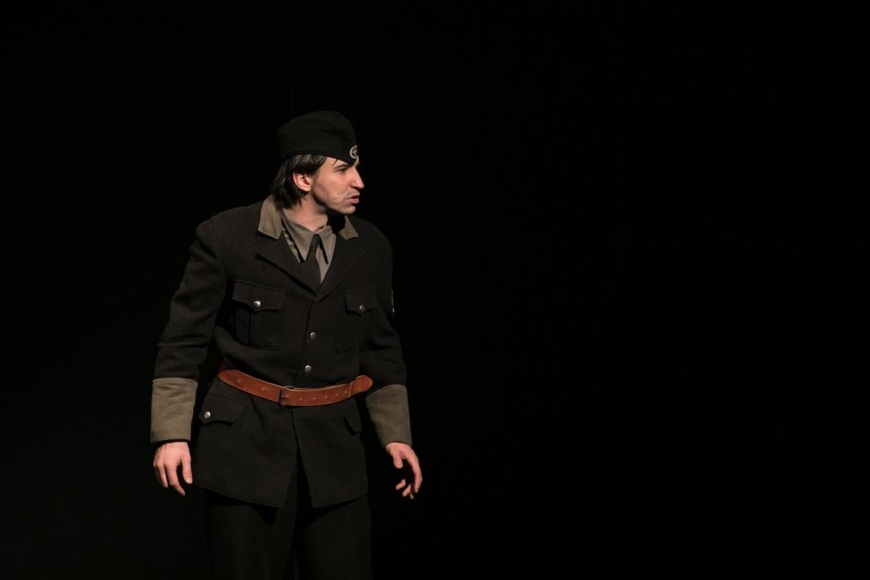 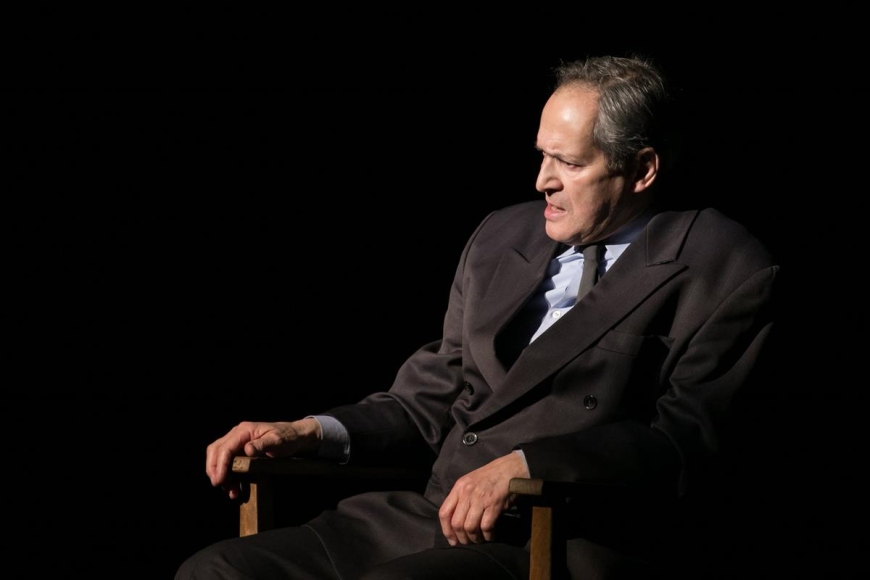 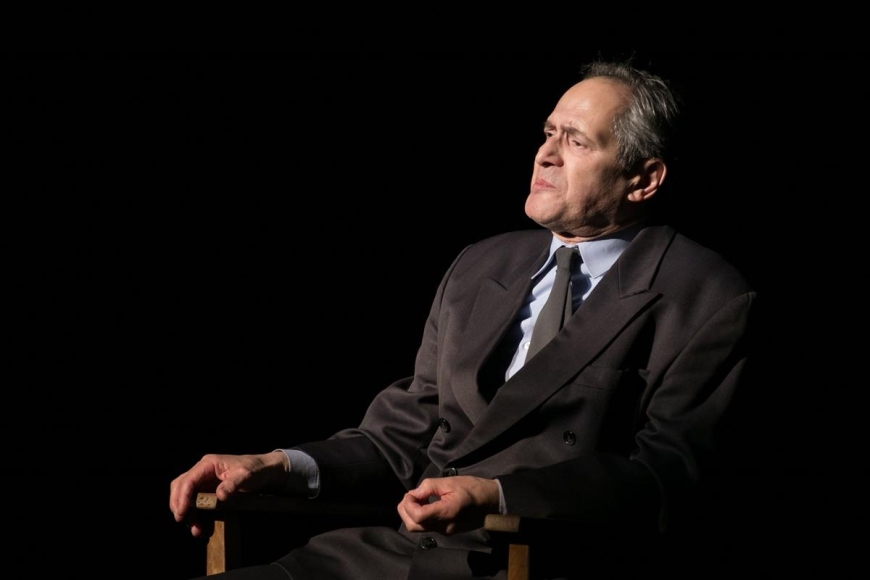 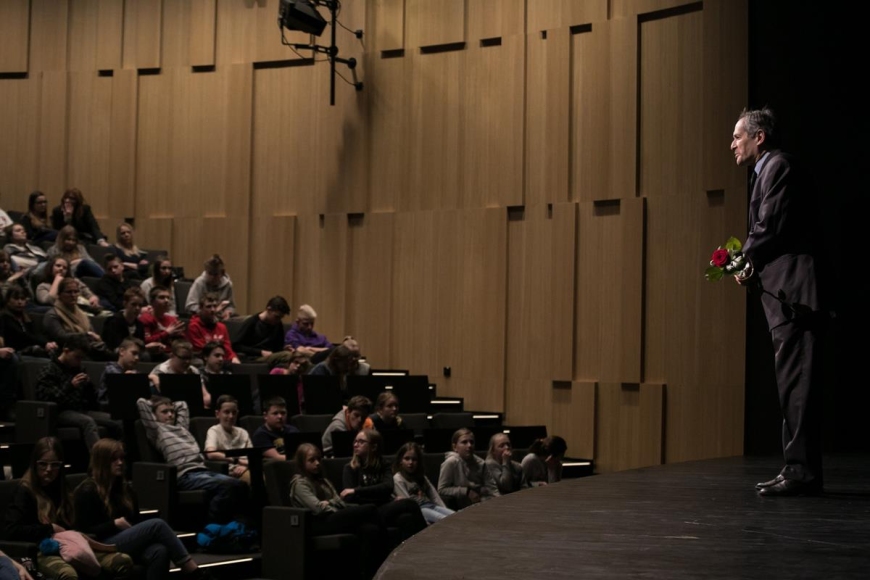 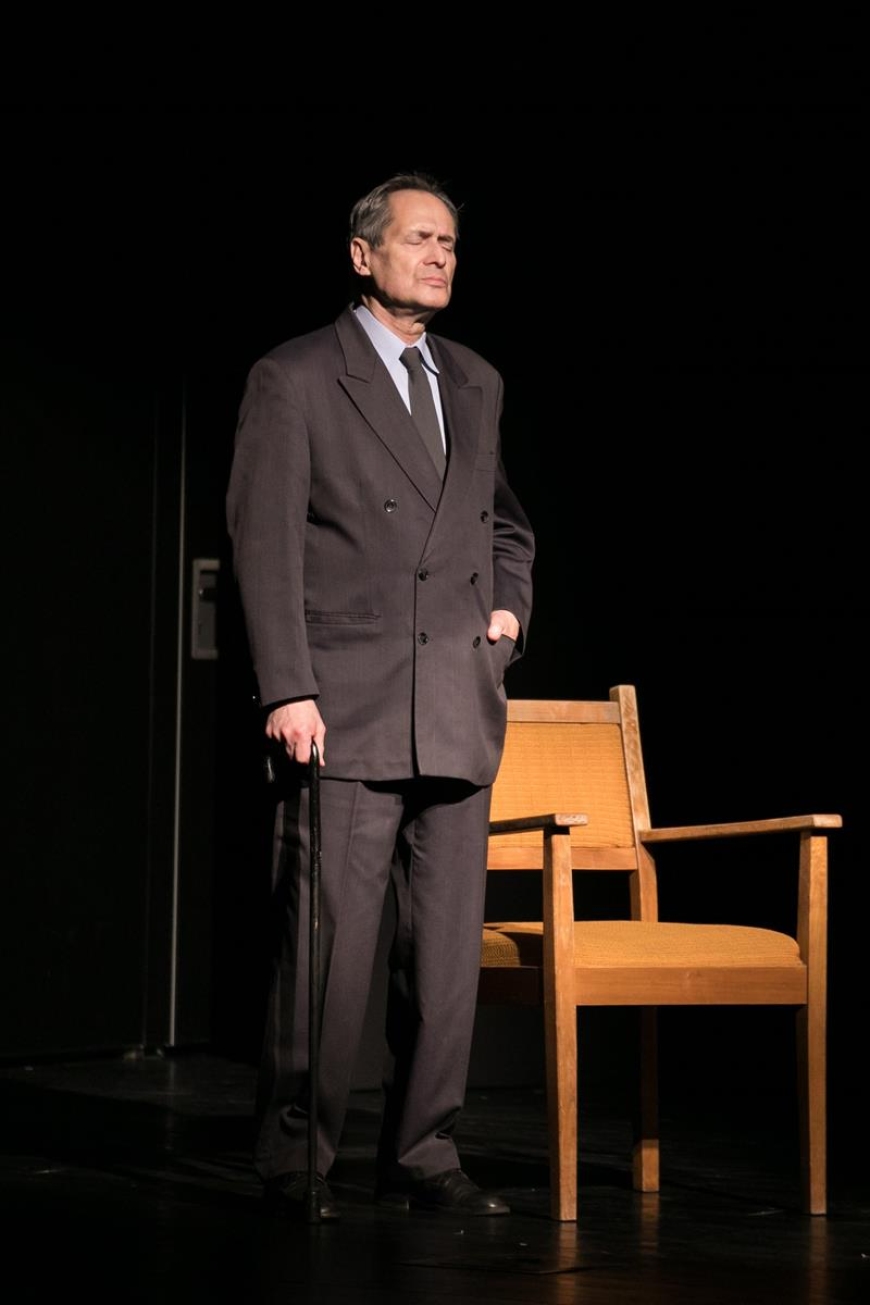 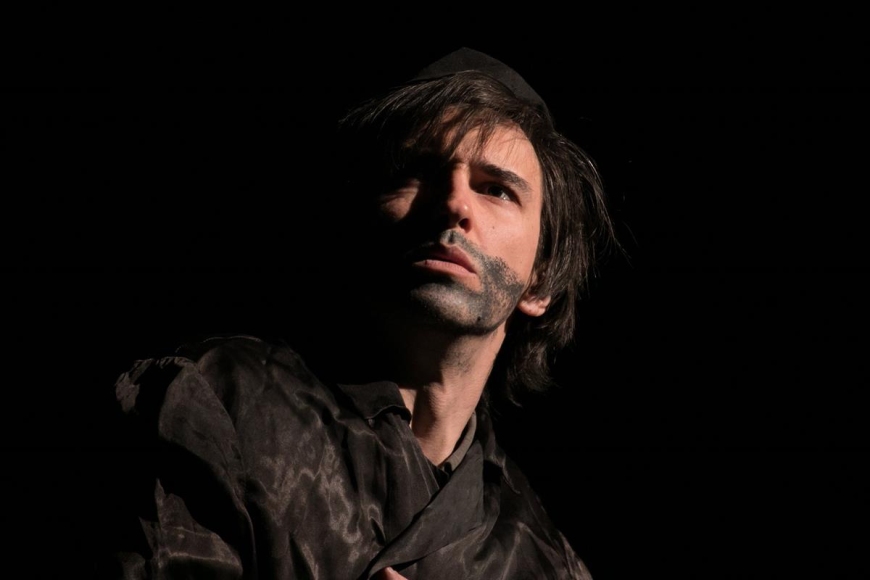 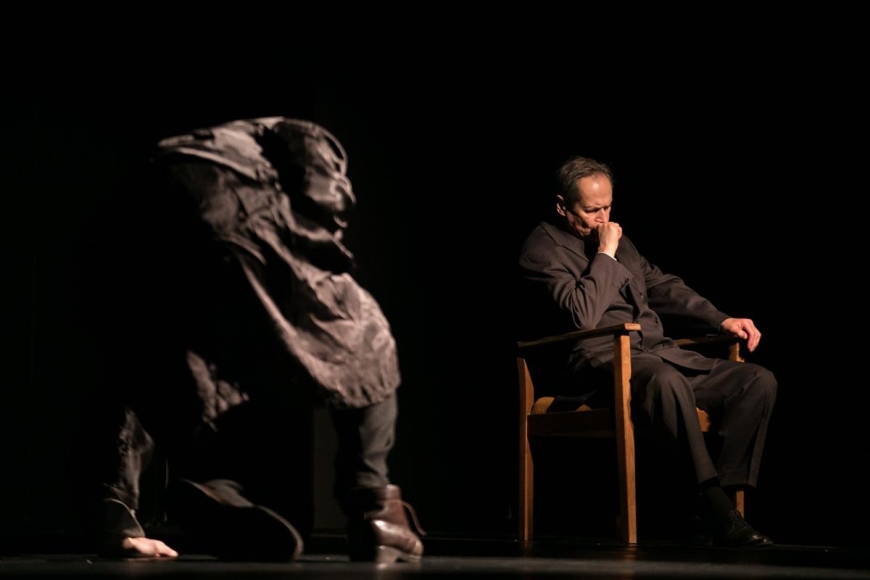 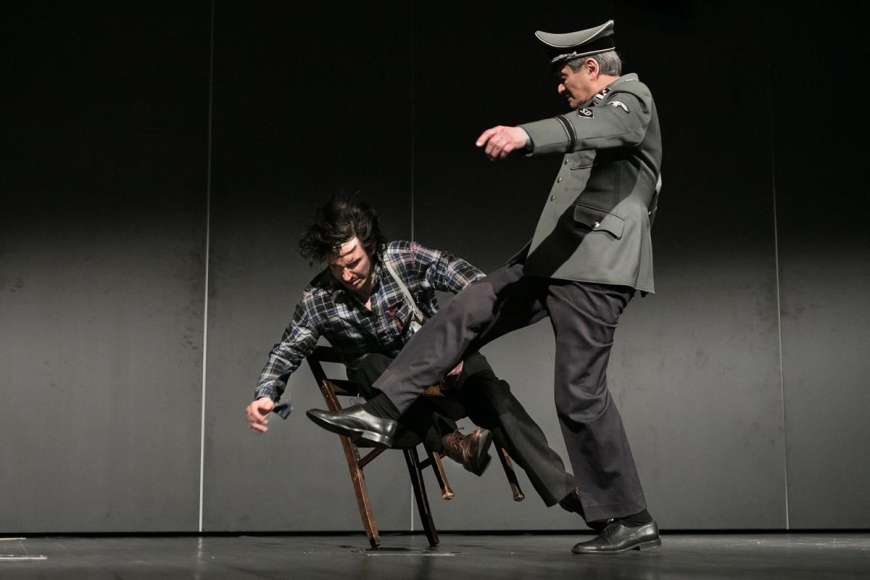 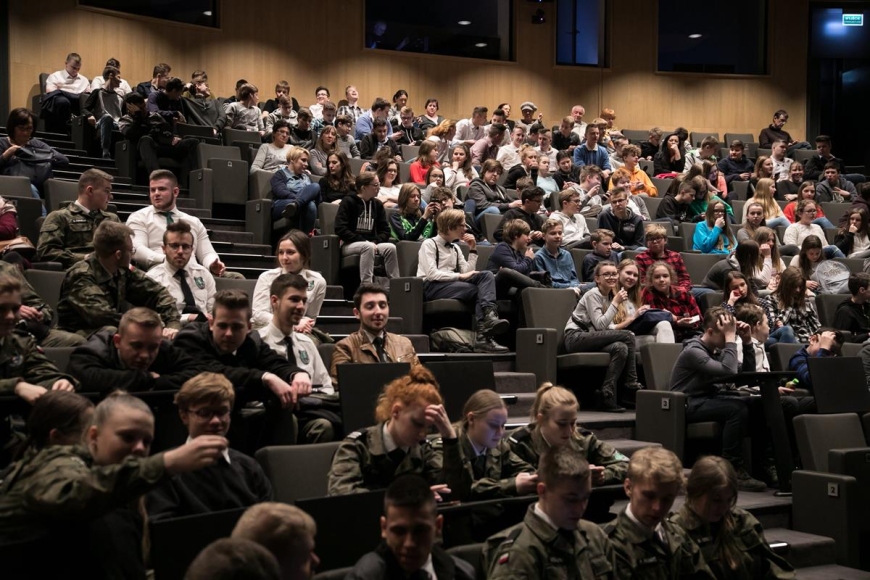 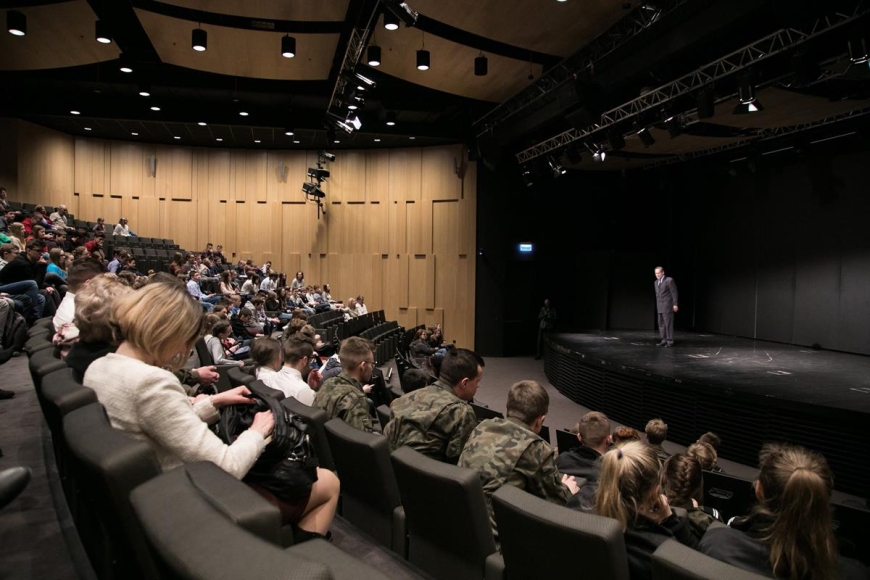