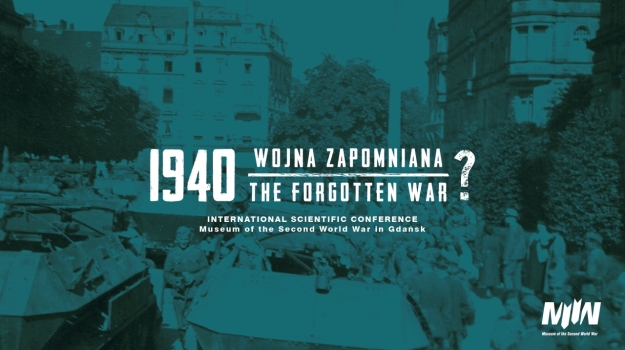 Due to the existing situation related to the Covid-19 epidemic and with our main concern for the safety of us all, the Organizing Committee of the Conference 1940 - Forgotten War? have reached a decision  to change the date of the conference.

The subject matter of the conference has been  extended to include developments related to the globalization of the conflict in 1941.

In 1940, the war that began in Europe in 1939 struck with all its terrifying might. On the one hand, it is the first year of the occupation of Polish territories by the Third Reich and Soviet Union; on the other hand, in that year both totalitarian regimes continue their territorial expansion, war spreading to many fronts, with military operations engulfing further areas of Europe, Asia and Africa. Hitler and Stalin make the most of their bond, established in the Pact of August 1939, while more countries and nations – in the West and in the East, in the North and in the South – fall prey to the dictators.  In the conquered countries, both totalitarian aggressors resort to the reign of terror to accomplish their political and ideological objectives.

However one important question arises, one that is embedded in the title of the conference: has the 1940 war not been forgotten, has it not been forced into the shadows, especially in the light of the events of the following year, with the military conflict spreading across the globe?  We hope that this question, although phrased in a very general manner, will encourage a wider debate.