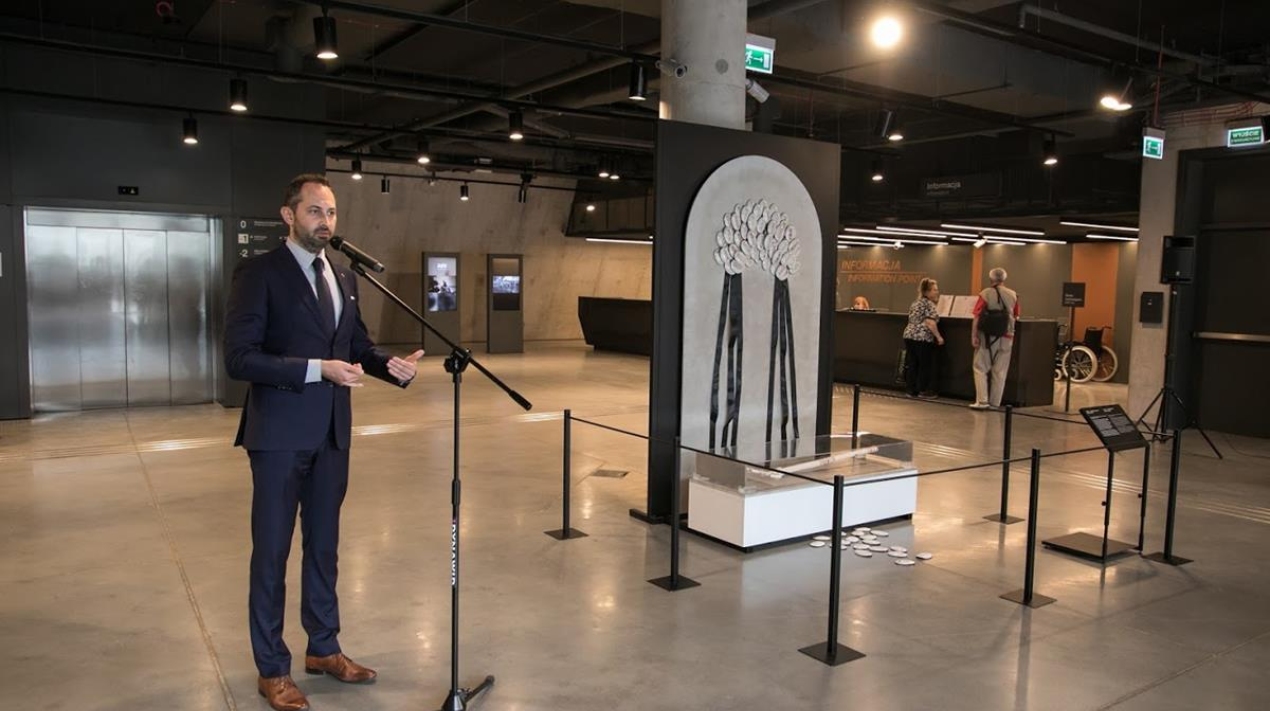 On the 75th anniversary of Bloody Sunday in Volhynia, at the Museum of the Second World War in Gdańsk there was a presentation of the exhibit of the month commemorating the victims of murders of the Polish civilian population - a display by Monika Duliasz entitled "Volhynia".

On July 11, 1943, Ukrainian nationalists attacked Polish civilians in 99 localities in Volhynia. The genocidal massacre carried out on that day on nearly 8 thousand Polish civilians, was recorded in history under the name of Bloody Sunday.

The exhibition of the month was unveiled by Dr Tomasz Szturo, Deputy Director of the Museum of the Second World War in Gdańsk: - "To demonstrate, to describe the shameful and monstrous bestiality that was the genocide committed on the inhabitants of Volhynia, it is difficult to find adequate words. Fortunately, there is a universal language, it is the language of art, which through nuances and understatements with proper sensitivity, permeates and is able to describe all the elements that make up our reality, both positive and noble, but also dramatic and tragic like the Volyn genocide".

Ms. Monika Duliasz - the author, who took part in the exhibition, expressed her gratitude for the possibility of artistic expression in the area of the Museum of the Second World War: "The work you see is an artistic statement about the historical and difficult topic of Volhynia, but it is also a statement based on the extreme emotions that accompanied me during research, during the preparation for this installation. The first motif, which was my reference point, was one of the works of Zofia Stryjeńska, from her drawing course, where she showed the wedding scene from Volyn. And how perverse this topic is now, when we have completely different Volhynia connotations - completely lost in grief, not in joy. Hence, the motif of the wedding garland symbolically taken from the work of Zofia Stryjeńska, but made of completely different elements. Here, flowers do not play the main role, but rather the porcelain from graves, of which there are 99 fragments".

On July 11, 1943, Ukrainian nationalists attacked the Polish civilian population in Volhynia. The attack was planned and coordinated, so that specialized groups of murderers would surprise as many Poles as possible during the Sunday service. The genocidal massacre carried out on that day on nearly 8 thousand Polish civilians, went down in history under the name of "bloody Sunday".

July 11, 1943 is undoubtedly one of the most tragic days in the entire period of World War II. The memory of the victims of the Volyn Genocide is an expression of respect for thousands of our compatriots brutally killed for being Poles. Thousands of them have never received a proper burial. Today, "they call to us from graves that are not there." 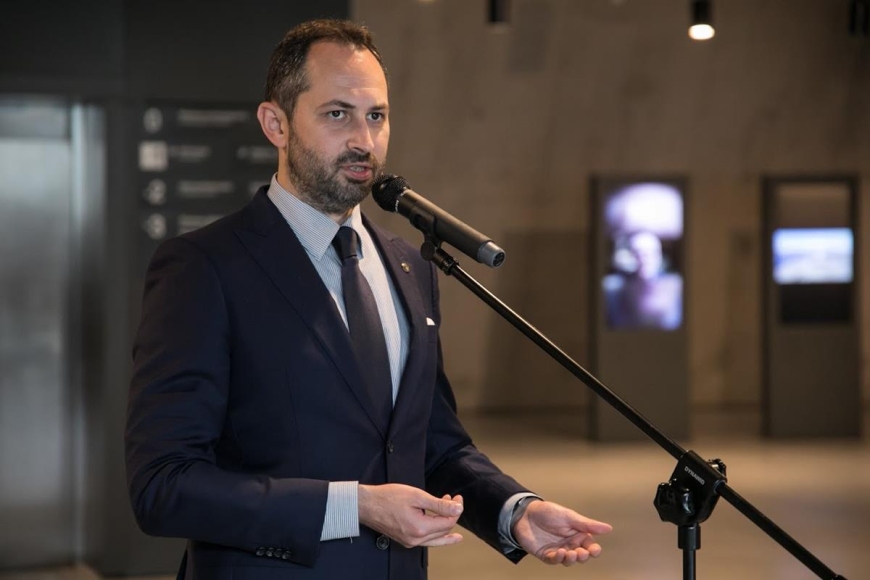 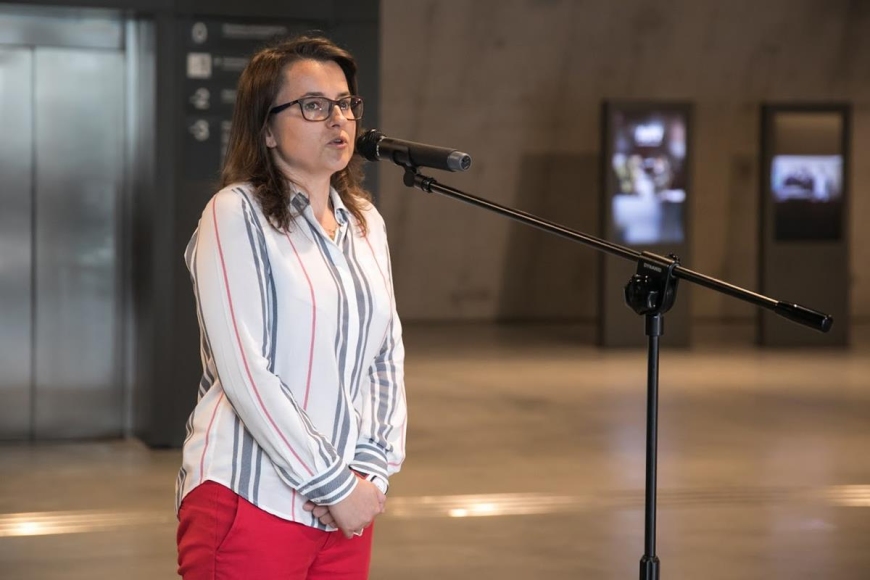 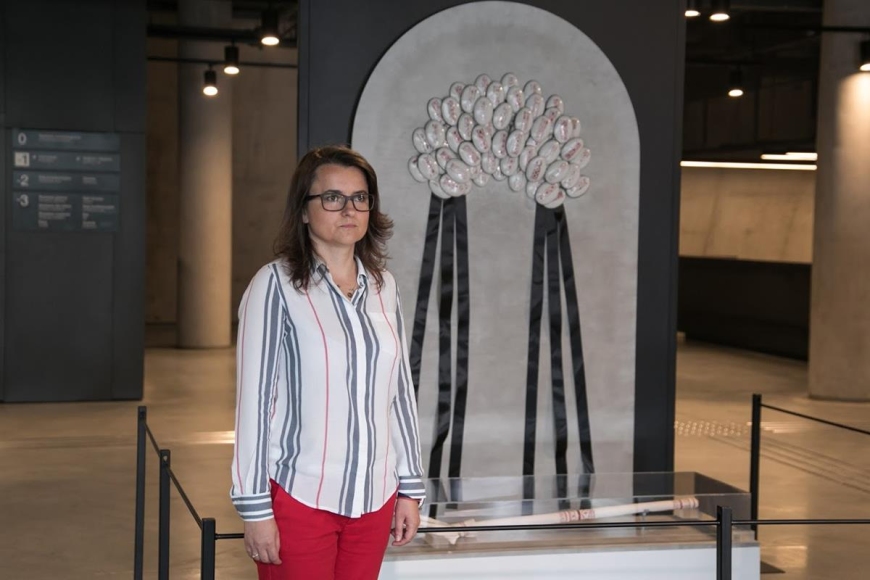 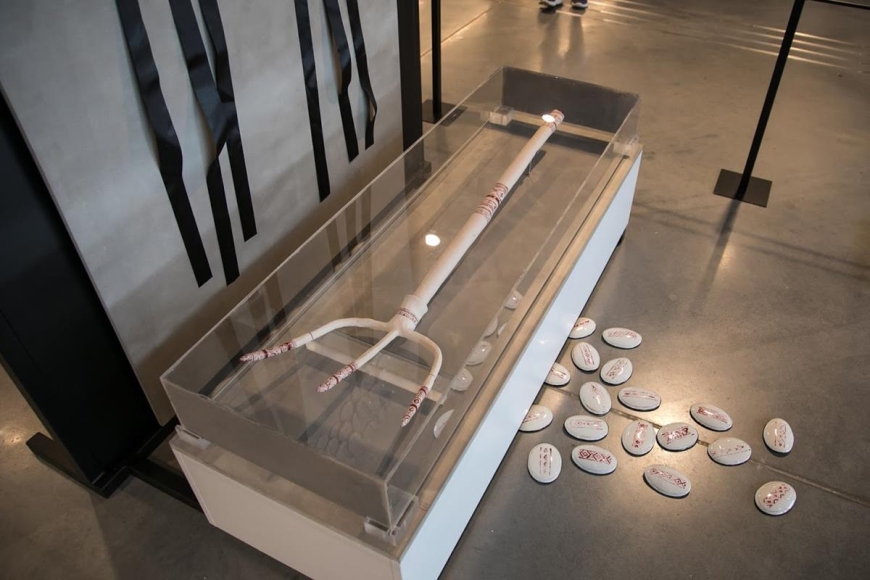 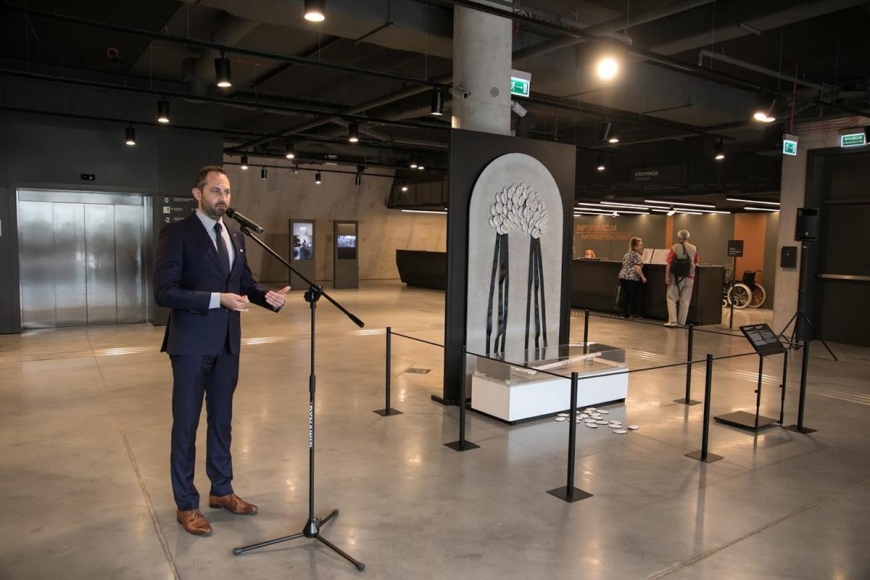 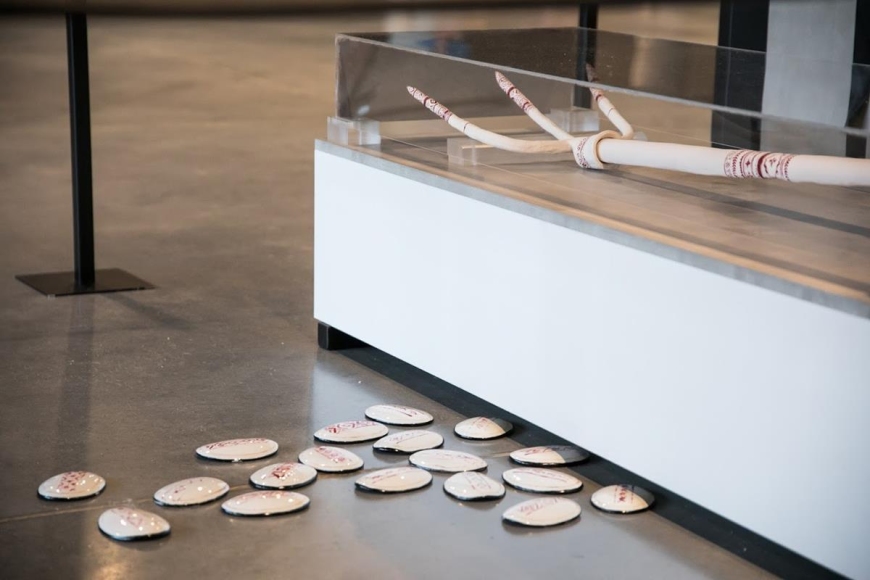 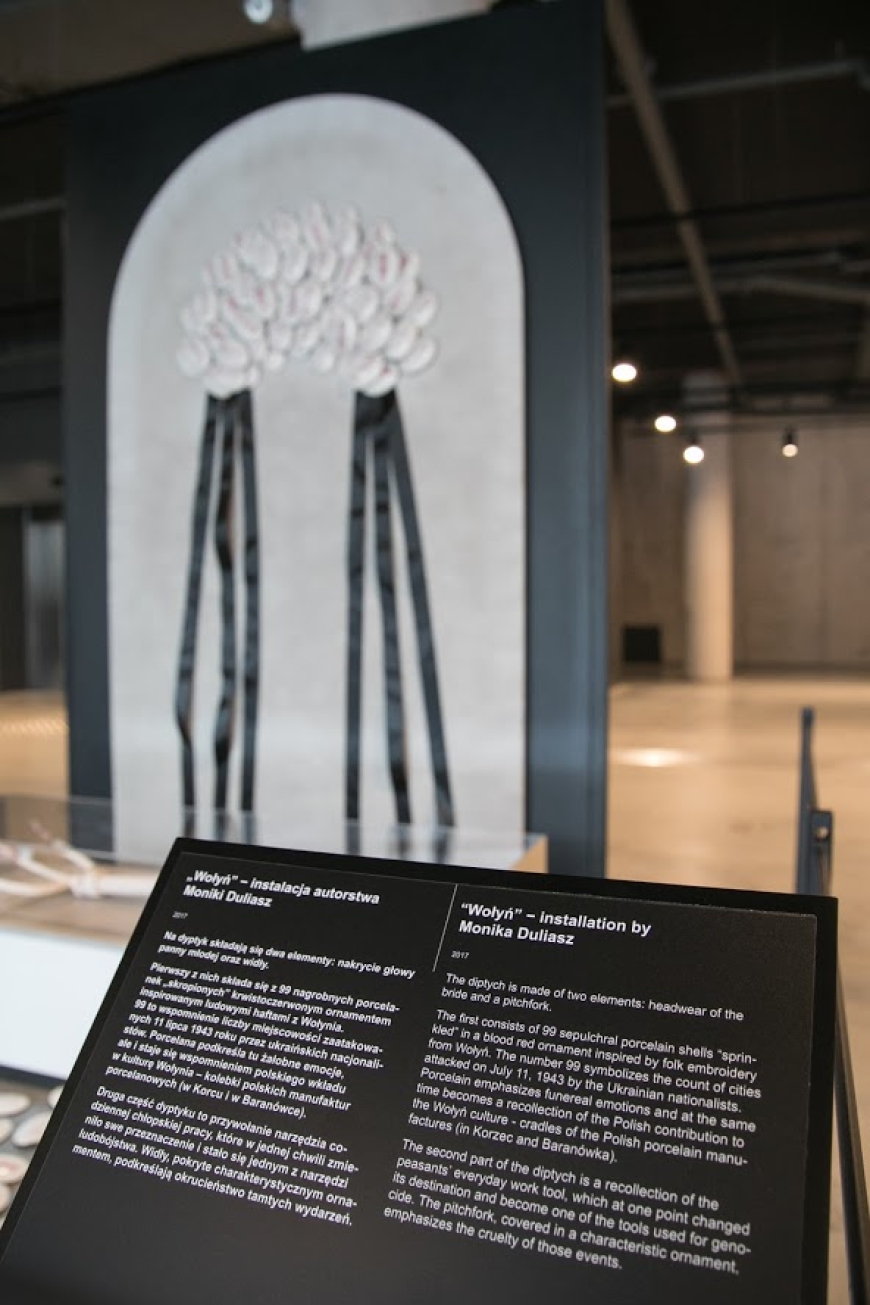 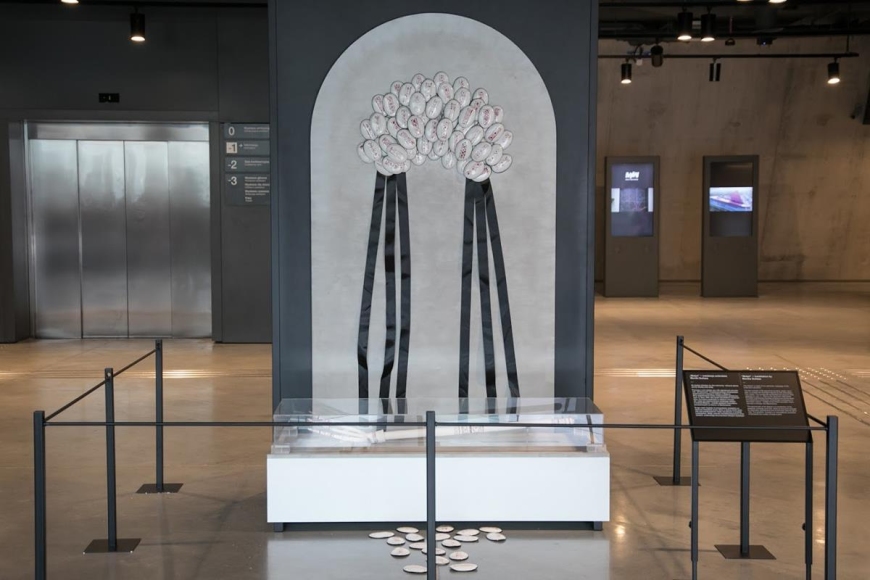 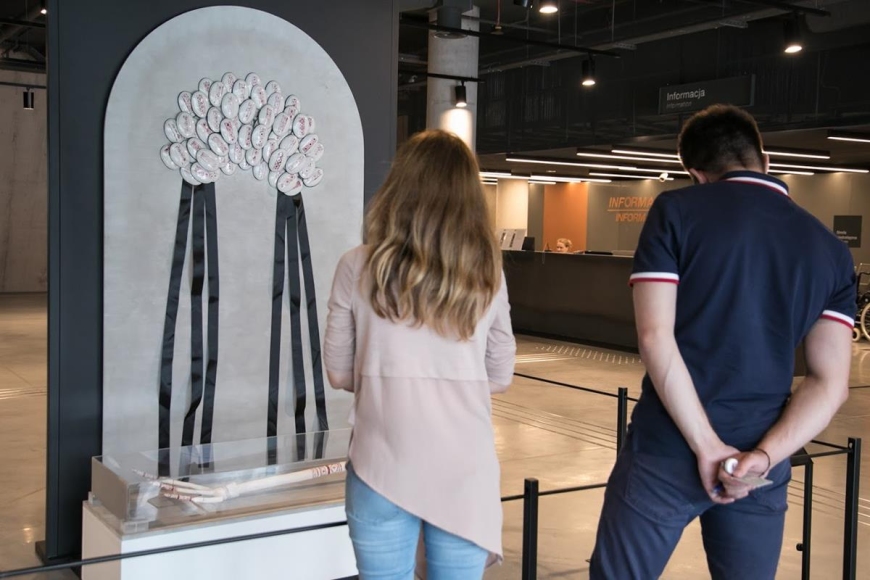