Born in 1964, Grzegorz Berendt is Associate Professor at the University of Gdansk. He has been associated with the Institute of History at Gdansk University since 1985, and currently works at the Department of History of Culture of Political Thought. As a historian, he conducts research on the history of Polish Jews and other ethnic groups in the Gdansk Pomerania region in the 20th century. He is the author of around a hundred scientific and over thirty popular science publications. His academic achievements include four monographs and co-authorship of seven books. He has researched the history of Gdansk, Lebork, Puck, Pruszcz Gdanski, and Kashubian rural communities. His current  research projects focus on the extermination of Jews in Poland as well as on Polish-Jewish relations during the Holocaust. Outside of Poland, he has conducted archival and library research in Belarus, Ukraine, Denmark, Finland, Israel, Germany, and the United States. He is a member of the Polish Historical Society, the Gdansk Scientific Society, and the Kashubian Institute. He is a member of the Stutthof Museum Council and a member of the Auschwitz-Birkenau Museum Council, and Chairman of the Scientific Council of the Jewish Historical Institute. He is a member of the editorial board of "Studia Historica Gedanensia" - a scientific  journal from the Faculty of History at the University of Gdansk.

From May 6, 2017 to July 23rd, 2021 Grzegorz Berendt held the position of Deputy Director for Research of Museum of the Second World War in Gdansk.

From July 24th, 2021 to July 20nd 2022, Grzegorz Berendt is Acting Director of Museum of the Second World War in Gdansk.

From July 21st 2022 is Director of Museum of the Second World War in Gdansk.

- In Warsaw, March 21st, 1991 he gained a distinction in a national competition organised by the Israeli Embassy and the Polish-Israeli Friendship Society for the best Polish-Jewish and Israeli MA thesis, for his thesis ‘Jews in the Free City of Gdańsk 1933-1939’.

- In 1995 he won the annual award from the Gdańsk Scientific Society for outstanding achievements in the field of social sciences and humanities for his doctoral dissertation entitled ‘Jews in the Free City of Gdańsk between 1920-1945’. Various political, cultural and social activities, Gdańsk 1996.

- Warsaw 2003, he gained a team award from the Rector of the University of Gdańsk for his book  ‘Between emigration and duration. Jewish Zionists and Communists in Poland after the Holocaust’.

- He was given an individual award from the Rector of the University of Gdańsk,  for his habilitation thesis entitled ‘Jewish life in Poland in 1950-1956. A history of the social and cultural life of Jews in Poland’.

- Team award from the Rector of the University of Gdansk for the collective work ‘Home - meeting of private and public spaces in the context of civilization changes in the 19th and 20th centuries’.

- Team Award from the Rector of the University of Gdansk, for his book ‘The History of Lebork’.

- The Gold Cross Order of Merit

- The Medal of the National Education Commission

- Medal dedicated to the anniversary of the Warsaw Ghetto Uprising

- The Knight's Cross of the Order of Polish Restitution Medal

His most important works:

- The Union of Zionist Democrats "Ichud", [in:] A. Grabski, G. Berendt, Between emigration and duration. Jewish Zionists and Communists in Poland after the Holocaust, edited by the Jewish Historical Institute, Warsaw 2003, pp. 101-223;

- In the shadow of the Polish United Workers' Party. Activities of the Social and Cultural Society of Jews in Poland under communist rule (1950-1989): Associations of national, ethnic and postulated minorities in Poland after World War II, Zakład Publishers "Nomos", Kraków 2013, pp. 171-209. 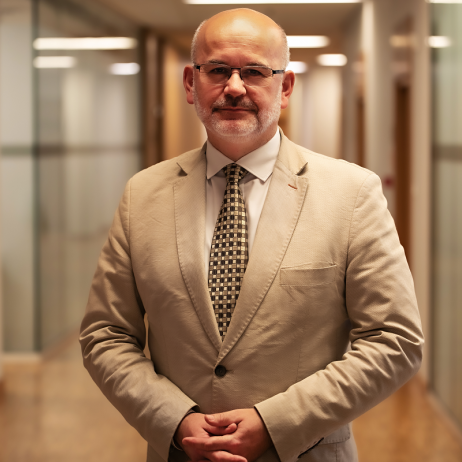