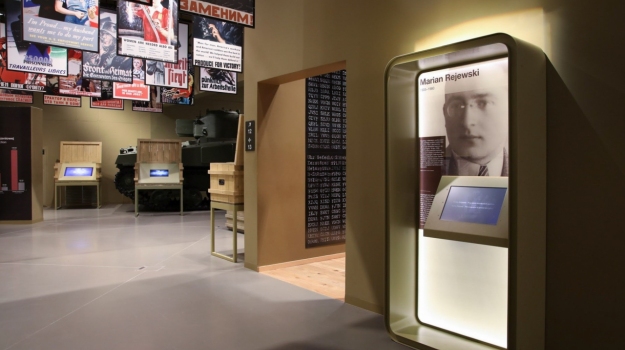 As part of the #M2WSonline project, learn the exciting story of Marian Rejewski, who broke the Enigma code. A replica of the German encryption machine is on display at the main exhibition of the Museum of the Second World War in Gdansk.

The Enigma cipher machine was used since the 1920s, first for commercial purposes, then in the German army and other German state institutions.

With the development of new encryption techniques, the Cipher Bureau of the 2nd Division of the Polish Army Headquarters organized a secret cryptology course at the University of Poznań in 1929. Among its students was Marian Rejewski, a graduate in mathematics. Rejewski did not complete this course, but as early as 1930 he started working at the Poznań branch of the Cipher Bureau.

In 1932 the Poznan branch of the Bureau was closed and all cryptology tasks were moved to Warsaw. In December of the same year Rejewski made a breakthrough discovery. He managed to break the Enigma code. Until then it was considered impossible. Owing to Marian Rejewski, Henryk Zygalski and Jerzy Różycki's research, the Poles were able to decipher up to 75% of the intercepted German telegraphs and to build a replica of the Enigma. In July 1939, in view of the imminent war, Polish intelligence organized a meeting with French and British cryptologists in Pyr, near Warsaw, where Poland's western allies were given full documentation of Rejewski's team Enigma work.

In September 1939 Rejewski evacuated to Romania; from there he made his way to France and continued to work as a cryptologist. After the defeat France in 1940, he was assigned to a secret radio station "Cadix" located in the unoccupied part of France. When the Germans took over, in 1943 he returned via Spain to Great Britain, where he was assigned to the Polish Armed Forces' radio intelligence unit. As a result of political decisions, he was dismissed by the British and could not work on Enigma anymore.

After the war he returned to communist-controlled Poland where he had to keep secret his cooperation with the pre-war Polish Intelligence. His achievements were made public only towards the end of his life. Marian Rejewski died in 1980.

Rejewski's accomplishment in decrypting Enigma codes was one of the greatest Polish contributions to the Allied victory over Germany and saved tens of thousands of lives.

The Enigma M4 four-rotor encryption machine with a plugboard

Enigma M4 on display at the main exhibition of the Museum of the Second World War in Gdansk is the replica of the original model used by Kriegsmarine. Models of this type were in use in the navy since 1942. It is a four-rotor device, with a plugboard, placed in a wooden transport housing. Plugboards were introduced in the military Enigma in the thirties. They significantly increased the number of code combinations and made breaking the code extremely difficult. Similarly, the use of the fourth rotor increased the number of combinations. This was done in models for Kriegsmarine and the Luftwaffe. The unit of the German Navy stationed in Norway used the original model of this replica. It was deliberately damaged by the Germans in 1945 so that the Allied forces could not use it. 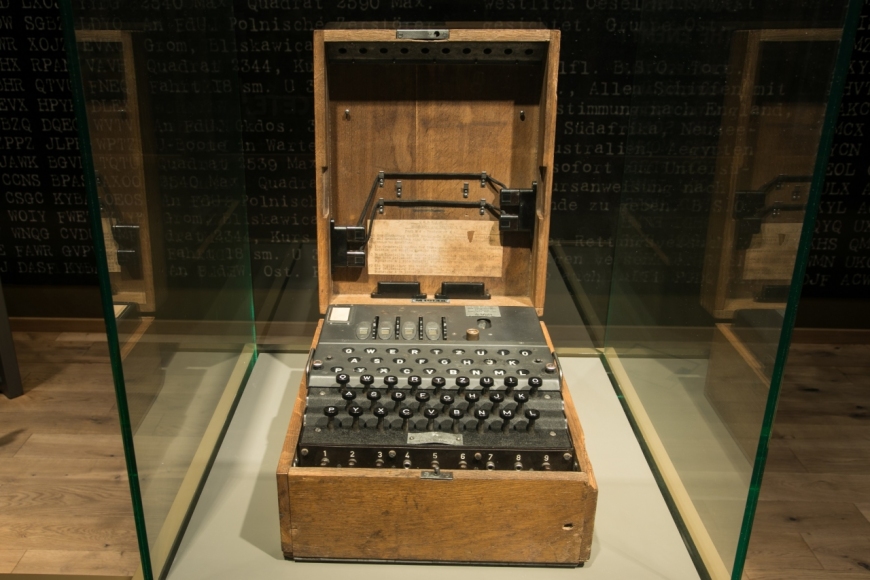