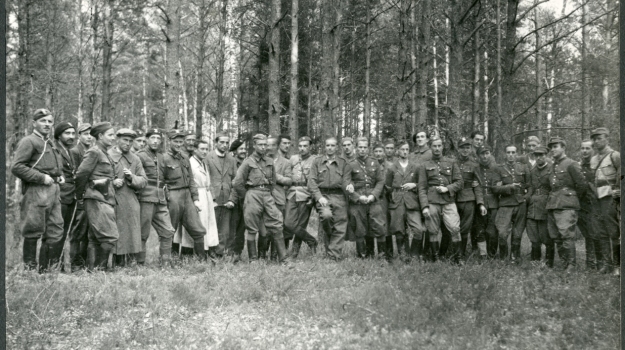 76 years ago, the Home Army was formed

On February 14, 1942, the Supreme Commander Gen. Władysław Sikorski established the Home Army (AK). It was a continuator of the Polish Victory Service (SZP) and the Union for Armed Struggle (ZWZ), formed to fight the German and Soviet occupying forces from 1939. The first commander of the Home Army was the Commander-in-Chief of the ZWZ, General Stefan Rowecki "Grot."

Renamed from ZWZ to AK in February 1942, it significantly increased the rank of armed forces in the country: from this union they became the underground Polish Army, which was intended to command all other military independence organizations.

During World War II, the Home Army was the largest underground army in Europe organized to fight the German (and Soviet) occupying forces. In 1944, its numbers reached over 350 thousand soldiers, including approx. 10 thousand officers and approx. 35-40 thousand volunteers fighting in forest units.

The resistance carried out by the Home Army reached a scale unprecedented in any other country of occupied Europe. It was distinguished by a huge variety of activities: intelligence, counterintelligence, diversion, independence propaganda, courier and radio communication, staff training, legalization, weapons acquisition, production of means of combat, as well as a conspiratorial presence in prison camps and extermination camps.

The construction of structures proceeded along with the consolidation action, as a result of which in the ranks of the Home Army retained a majority of previously dispersed military forces of underground political parties: the populists (Peasant Battalions), the socialists (People's Guard of WRN) and the nationalists (National Military Organization). Within the independence movement, the National Armed Forces remained outside of the Home Army structures. On the other hand, the elite personnel support for the Home Army included several hundred soldiers of the Polish Armed Forces specially trained in Great Britain and parachuted into the territory of the occupied country (“The Silent-Dark Ones”).

The Home Army was a voluntary army of the Polish Underground State. It was part of the Polish Armed Forces, whose strategic goal was to prepare and trigger a nationwide uprising.

Home Army was dissolved on January 19, 1945 by General Leopold Okulicki "Niedźwiadek". With Poland being occupied by the Soviets, former soldiers of the Home Army were ordered to conduct further activities "in the spirit of retrieving full independence of the state and protecting the Polish population from annihilation."