Skip to main content
Advisor to the Director
a.koperkiewicz@muzeum1939.pl

Adam Koperkiewicz, a longtime Director of the Historical Museum of the City of Gdańsk, historian, laureate of many scholarship programs in the field of museology, has been appointed an advisor to the Director of the Museum of the Second World War. Adam Koperkiewicz will advise director Grzegorz Berendt on the evaluation of the main exhibition as well as on matters related to the museum's international contacts.

Adam Koperkiewicz is a graduate of the Pedagogical University and the University of Gdańsk, and the author of over 40 publications in specialist periodicals on museology and the history of shipping, as well as two monographs: ‘Solen’ and ‘Zegary okrętowe’.

Between the years 1966-1976 he was involved mainly in teaching. At the same time, from the year 1973, he has been a long-time employee of the Central Maritime Museum in Gdańsk, where he initiated and implemented, among other things, the only collection of copies of old navigational instruments in Poland, a collection of 16th - 17th century ship’s cannons, retrieved from the wreck of the Solen galleon (together with E. Śledź); foreign exhibitions on the theme of the Solen at the Vasa Museum in Stockholm and Polish underwater research in the Gulf of Gdańsk and in Kotka, Finland.

From 1989 to 2015, he was head of the Historical Museum of the City of Gdańsk. Responsible for the overall operation of the multi-branch museum employing 130 employees with the highest professional and scientific qualifications, he organised construction, conservation and adaptation works at the museum for exhibition purposes. These include the Artus Court, the Uphagen House, the Amber Museum, the Wisłoujście Fortress, the Clock Tower Museum, the Upland Gate, the Zamurze Tower,  as well as the organization of over 100 permanent and temporary exhibitions on the premises of the Museum and beyond, including exhibitions abroad. His work also involved cooperating in the organization and operation of numerous foreign and domestic visits, at both state and governmental level, to the Museum facilities.

He has been awarded many Polish and foreign decorations, including the Silver and Gold Cross of Merit, the Gold Medal ‘For the Protection of Monuments’, the Badge of Merit for the Union of Veterans of the Republic of Poland and Former Political Prisoners, the Knight's Cross of the Order of Polonia Restituta, the Bronze Medal of the Gloria Artis Merit to Culture, as well as the French National Knight of Merit. In 2004, he received the City of Gdańsk Splendor Gedanensis Award in the field of culture - for organizing the exhibition ‘Gdańsk in the Republic of Poland’. In 2009, he received the Medal of St. Wojciech, awarded by the Council of the City of Gdańsk. In 2015 he was also awarded the Estonian Order of the Pro Terra Marianum. 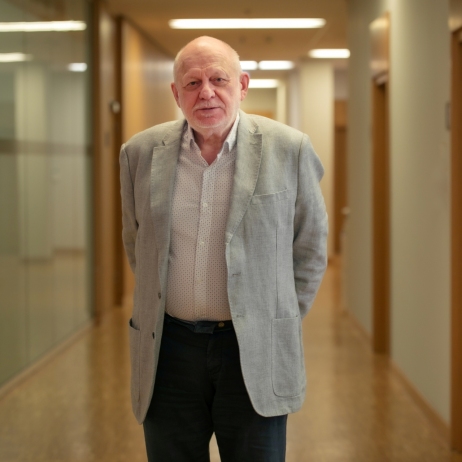